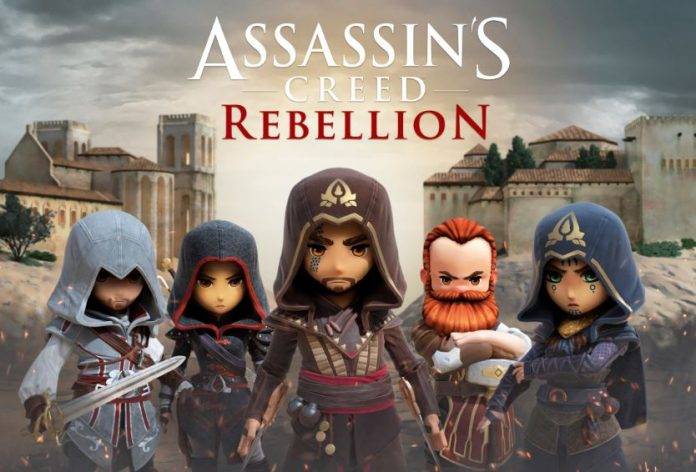 You’ve been secretly wondering if an Assassin’s Creed game will show up on Android, we can tell because we’ve thought about it, too. How will a game known for its wonderful graphics and gameplay translate to mobile? Well, we don’t have to wait for long for the answers. Ubisoft is set to launch “Assassin’s Creed Rebellion” soon, the franchise’s first mobile RPG.

Assassin’s Creed Rebellion was developed by Ubisoft together with Behaviour Interactive studio, with the objective of bringing the game’s familiar characters to mobile, with a uniquely mobile visual approach, and staying true to the stories you already know.

So it will be an RPG/strategy game mash-up, where players would have to build their own Assassin Brotherhood, manage a fortress, and engage in covert missions. Players will recognize familiar Assassins such as Ezio, Aguilar, Shao Jun, Claudia, and Machiavelli, along with more than 20 new unlockable characters exclusively created for Assassin’s Creed Rebellion.

The game is currently in development, but with this announcement, we don’t expect to wait for long. Watch this space.