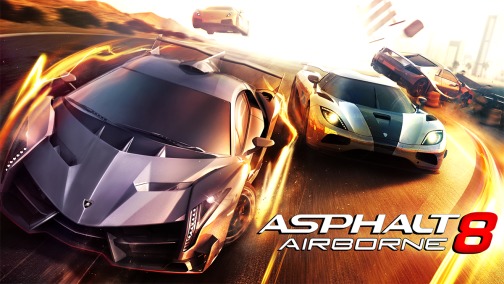 If you’re a fan of Gameloft‘s exciting and popular racing franchise Asphalt you’ll want to check out their latest teaser video. Today the folks from Gameloft are giving us a behind the scenes developer diary look at their new mobile game, and it looks amazing. In what appears to be one of the best Asphalt games yet, take a peek below.

The first teaser trailer was released last month, and gave us a look at a brand new set of graphics for our mobile devices, stunning details on all the cars, and tons of fast-paced race tracks. The developers have a lot to say about the game too.

With Asphalt 8: Airborne Gameloft went with a completely redesigned engine. It’s been built from the ground up, nothing was re-used, and they’re promising one of the best games yet. It sure looks awesome with all those shader counts, real-time lighting and more. Check it out.

They claim depth and freedom will give users the best experience possible with the new physics engine, and the multi-player experience should be top-notch as well. One developer states it will be much better visually than the already impressive Asphalt 7, and they’re aiming to push the limits of our mobile devices. I have a feeling my quad-core smartphone and upcoming Tegra 4 tablets will be just fine though.

They end by stating this game changes everything, and will bring a near console-quality racing title to mobile devices. Who’s excited? I know I am!