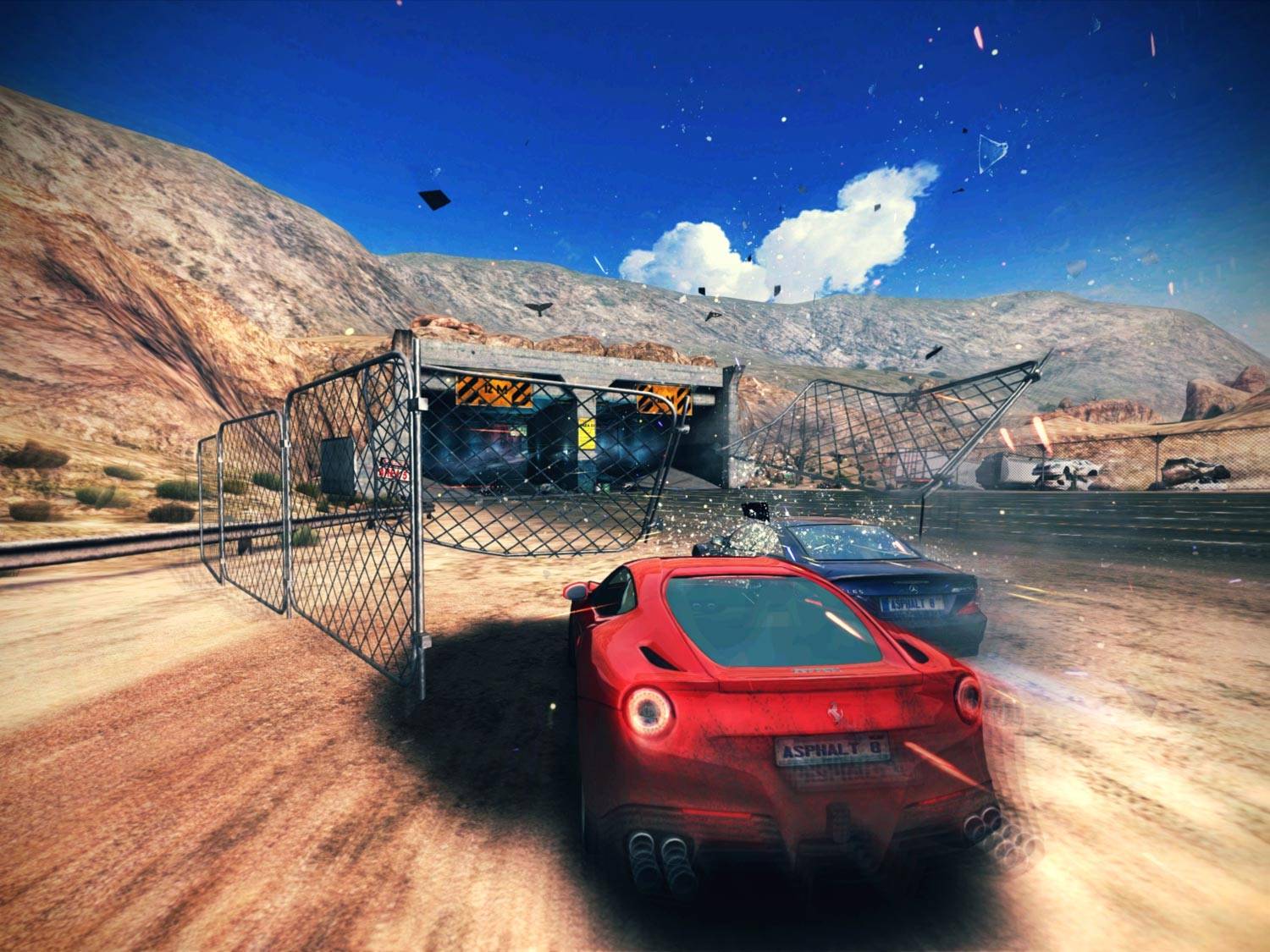 Today we got our first preview of the new Asphalt 8: Airborne, and it looks awesome. Gameloft’s racing game is a favorite among mobile gamers, and their latest release looks good, while also being cheaper. The new Asphalt 8 will set you back exactly $.99, making it an even better value than Asphalt 7 was. With a host of new changes and enhanced features, you’ll be wanting to get it as fast as humanly possible.

Gameloft’s Asphalt 8: Airborne comes equipped with a garage of new features, including dynamic weather, new maps, and upgraded physics. Cars are more weighted, braking is more accurate, and handling it more easily differentiated between models. Wanna take that F12 Berlinetta up to top speed? No more plowing through corners and continuing to build speed. You now have to properly brake, power through the apex, and then give it full throttle on the oncoming straight. On the opposite side of the spectrum, you’ll see massive air,crazy stunts, and mind boggling slides. Gran Turismo fanboys, eat your heart out.

Up next are locations, where we see some truly interesting scenery, ranging from Nevada, to Tokyo, London and even Iceland. We all know Iceland has some incredibly crazy racetracks, right? Don’t doubt… the developers at Asphalt 8 have made it work. The best part of this news is that some of these tracks will be rain-soaked (hydroplaning in a Pagani? Seems safe) ice covered, and even ruggedly dirty.

Most fans of the series (us included) will recall a certain Monaco track that became extremely popular through online multi-player. This epic track is also making a return. Now however, you’ll be able to play with either synchronous multi-player, or asynchronous multi-player, the latter of which is making a huge impact in other famous racing games such as Grid 2 and Real Racing 3. This means you can race your friend, as he takes a break and eats lunch, based on his old ghost data.

Lastly, Takedown mode is back, but to add to it is two new multi-player modes; Gate Drift and Infected. Gate Drift is a mode that permits you to drift through gates to garner points. Infected is essentially a game of “It” where you love tap (or smash) a competitors car to pass along the “Infection”.

With Asphalt 8: Airborne, Gameloft is sure to have a hit on its hands. We all loved Asphalt 7, as well as the others before it, and we all appreciate another awesome time killer. They promise the game is “coming this summer.” Now, please excuse me while I go put on my racing gloves and Piloti racing shoes.

We’ve got some hardcore racing to do.