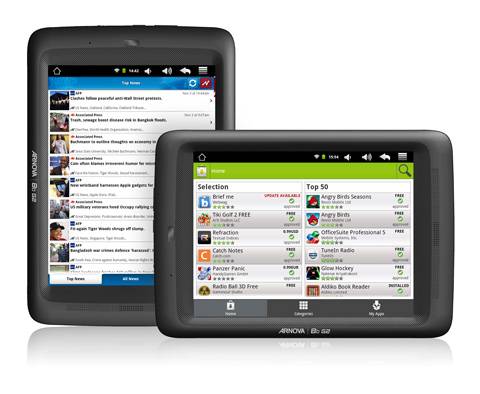 Americans aren’t all that familiar with the Arnova line, a family of tablets that’s even cheaper than Archos’ (already cheap) main line of Android tablets. The latest member is the Arnova 8b G2, a slight update to the 8 G2. This one still runs Gingerbread on an 8-inch screen, but it goes without physical buttons – an indication that it may be getting a sweet software upgrade sooner rather than later. In the meantime, Android’s navigation buttons are moved to the status bar, a design decision seen on many cheap Gingerbread tablets.

Aside from a more ergonomic casing, the tablet remains the same as its slightly older brother: an 800×600 LCD screen, 1Ghz CPU, 512MB of RAM, and either 4GB or 8GB of storage. Basics like WiFi and Bluetooth, MicroSD card support, a front-facing camera and a microphone round out the package. Archos didn’t mention a price or release date, but they don’t often wait long, and it should be close to the ~$180 price of the standard 8 G2. Distribution in France and the rest of Europe will likely come first.

The lack of physical buttons is a new trick for the Arnova line, and may precipitate an Ice Cream Sandwich update. After all, Archos has already promised ICS for its main line of  tablets in Q1. That said, the specs of this device may not be enough to handle Android 4.0 well, even without Google’s blessing. It’s just as likely that Archos is simply standardizing its design across all of its tablets. We’ll see if Archos is more generous with its update plans after the Arnova 8b G2 launches. 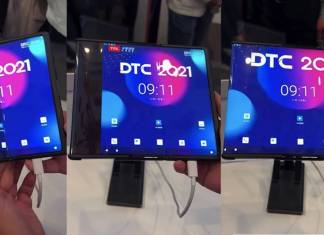 Rei Padla - December 7, 2021
So a rollable phone really works. That's what a demo video tells us. No need to imagine because TCL is showing the world how...