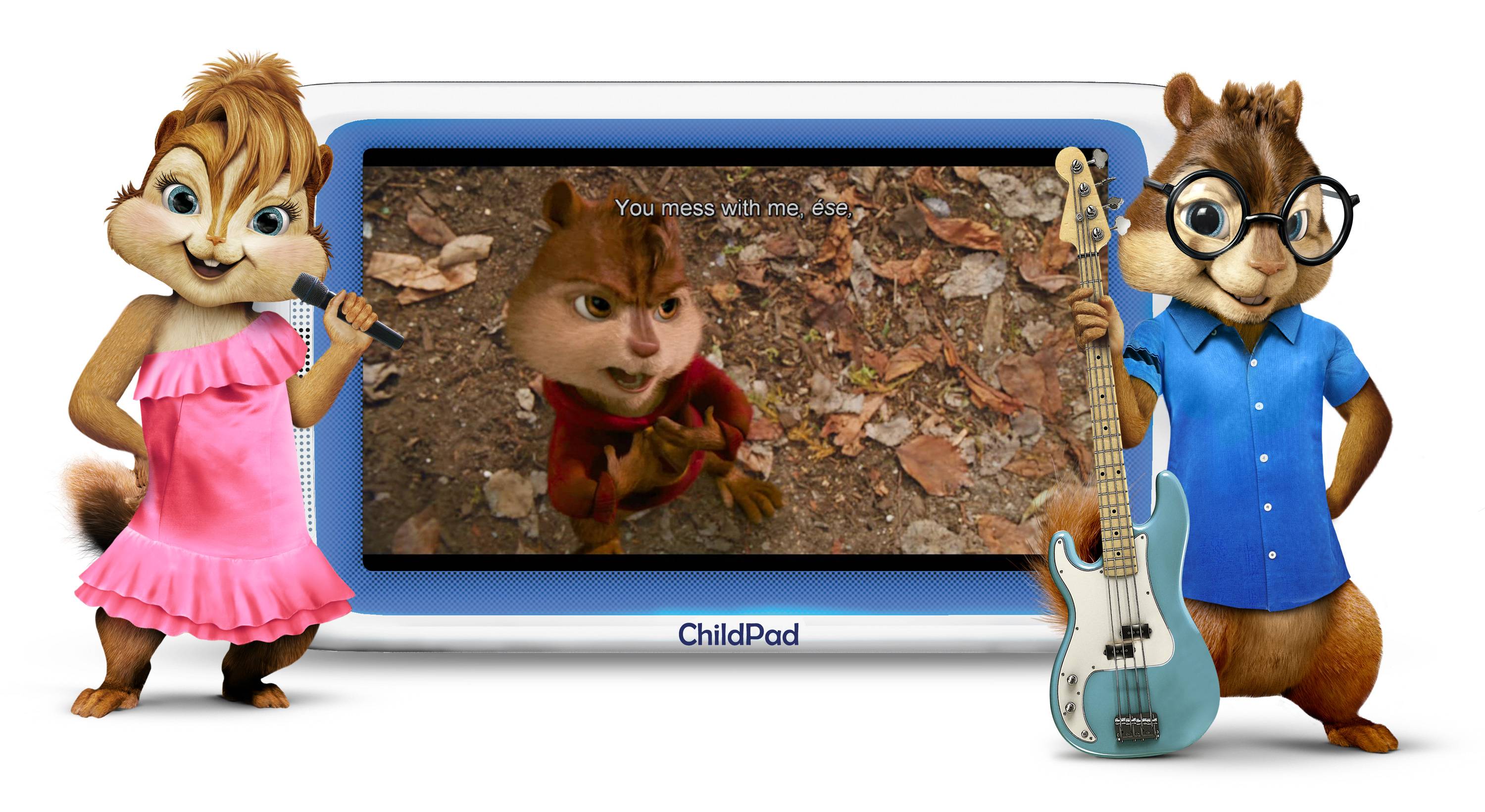 The resurgence of Alvin and the Chipmunks is baffling. It’s always been a bit of a cringe-inducing franchise, but the trio of CG-live action movies has been grade-A adult repellent for five years now. Even so, kids seem to love them – to the tune of about 1.1 billion dollars international gross across three movies. This being the case, it’s hard to blame Archos for wanting to get in on the action with their new ARNOVA Child Pad, which ties into the home video release of Alvin and the Chipmunks: Chipwrecked. Sigh.

But wait a second – this thing isn’t all that bad. Once you get past the bright plastic casing and the Chipmunk-themed wallpaper and apps (thankfully there’s no rodents adoring the actual case) you’ll find a surprisingly complete 7-inch tablet. Running Ice Cream Sandwich. Yes, really. The specs are decidedly low-end, with an 800×480 screen, single-core 1Ghz processor, 1GB of RAM and 4GB of storage plus a MicroSD card slot, and a front-facing camera. All this for just $129.99.

The software’s been tweaked with kids in mind: first of all, while there’s plenty of pre-loaded apps and games (not all of which have singing rats in them), there’s no mention of the Google Play Store, for obvious reasons. Instead the Child Pad has a censored version of the AppsLib app store. And the tablet comes pre-equipped with six months of service from Mobile Parental Filter by Editions Profil, giving the web browser some much-needed digital barriers. (Gosh, I hope the kids can’t figure out Ice Cream Sandwich’s app disable feature…) All in all, it’s a surprising little device considering the audience, and the price is hard to argue with.

The ARNOVA (Archos) Child Pad is on sale now from the Child Pad website, and should hit US retailers soon.