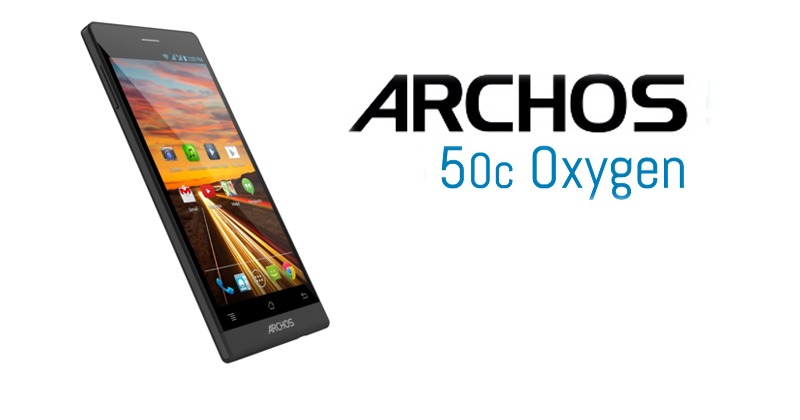 Archos styles itself as a pioneer in the media player and Android tablet category, but are relatively new to the smartphone industry, jumping in with their Platinum series smartphones in 2013. This year, Archos dives in head first into the rapidly saturating budget Android smartphone market with quad-core and octa-core variants of the smartphone they call Oxygen. Let’s take a look at what they have to offer.

The spec sheet reveals that both variants – the 50b quad-core and the 50c octa-core – will be running MediaTek chipsets, pretty famous in the budget smartphone market. The 50c will be sporting the MT6592, developed MediaTek in the latter part of 2013 as “the first true octa-core” mobile processor. This chipset will be turning 8 Cortex A7 cores running at 1.7Ghz, which is pretty awesome considering the USD$300 price range. The 50b – priced at around USD$220 – will be using MediaTek’s MT6582 chipset, which is a quad-core processor running at 1.3Ghz per core.

Strangely, and maybe by necessity being a budget phone, both variants will have only 1GB of RAM. The performance boost of added RAM – say maybe 2GB of it – in an octa-core phone is substantial, and we were wondering if Archos could have squeezed the cost enough to at least put 2GB of RAM in the octa-core 50c Oxygen. Also, both variants will have the same 2,000maAh batteries. Again we wonder if a little more battery power could have been given to the octa-core variant, which is sure to need more juice turning 8 cores.

On the upside though, both variants are sure to be able to handle HD multimedia with ease. Archos is touting even the 50b Oxygen to be able to handle full HD 1080p recording with its 8MP rear camera. Aesthetically, the Oxygen does carry smooth lines. And with a very slim form factor, both variants create at least the illusion of having a premium phone. There is no visual difference between the two variants, and both will carry Android 4.2.2 Jelly Bean out of the box.