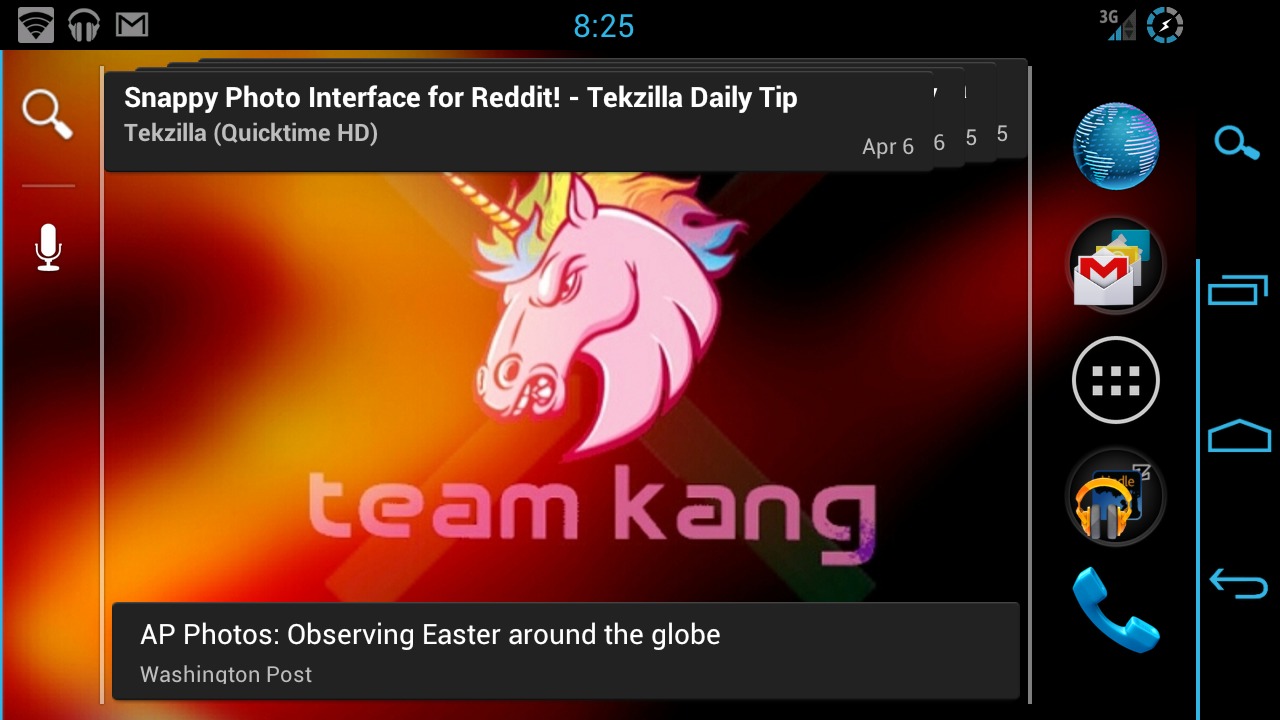 Build 30 is built on the open-source code from Android 4.0.4, squashing some of the bugs from Build 29. Most devices get a fixed T9 entry pad, along with a bunch of other small fixes. AOKP builds in a lot of mods and features from all around the Android world, including the popular CircleMOD battery meter, a battery bar, settings toggles and weather info built into the notification bar, LED and clock modifications, and more tweaks to the unlock screen and navigation bar than can be listed here. It also includes Nova Launcher by default.

The new custom options in the navigation bar are useful, though they’re still in a very early stage. You can assign up to five buttons, each with a long-press alternate. Some have them built in – the Back button can be held to kill a running app, CyanogenMod-style, the Home button can pull double duty as the recent app menu, and if you add the Search button it can activate Voice Search, as in Gingerbread and Froyo. Custom apps can be given their own icons, though these clash with the rest somewhat ,and can be given a solid color to match.

Unfortunately, the developers recommend a full wipe for everyone, even if you’re coming from AOKP Build 29. Happy flashing.

UPDATE: These guys work fast. Build 31 is already out, with a few minor settings changes and bug fixes. You can read about the changes on AOKP’s official site, and no, you don’t need to wipe if you’re just coming form Build 30. Thanks to Kamil Dańczura on Google+ for the lightning-fast tip!