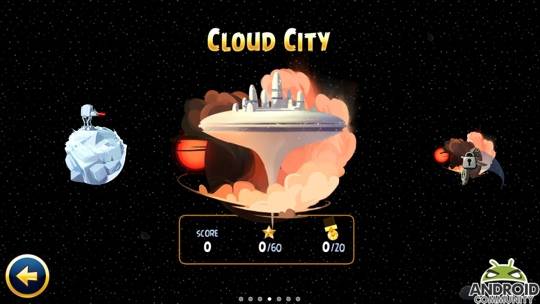 Grab your device, fire up the Play Store and proceed to update. The Cloud City update is available for the free version as well as the paid (HD) version of the game and both are now sitting at v1.2.0. Once updated, Angry Birds Star Wars players will be able to explore the Could City in this new episode. Basically, what that means is 20 new levels of game play. 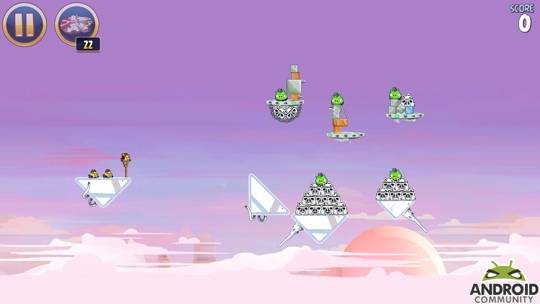 In addition to these new Bespin levels, there are also a few other goodies worth mentioning with this update. Rovio notes that they have added steam gameplay mechanics and also added the ability to brag about your trophy collection on Twitter. Yes, Angry Birds Star Wars now has Twitter integration.

Otherwise, there is also one final bit that should be welcomed by those who consider themselves fans of Boba Fett. Rovio has added a series of Boba Fett Missions which can be unlocked and accessed by finding all five hidden rocket packs, by promotional code or by way of an in-app purchase.