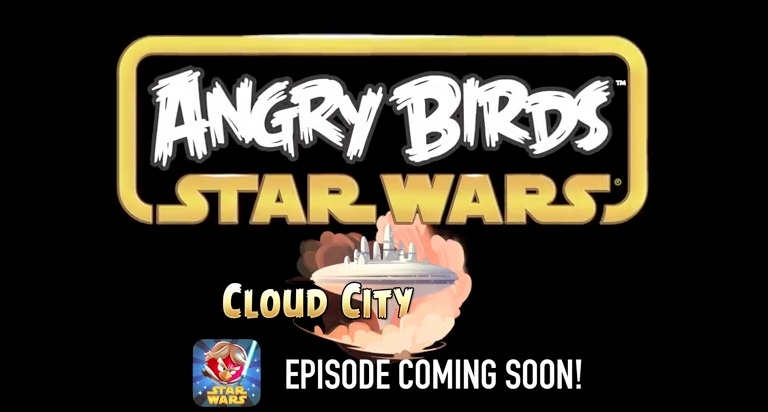 This week the folks at Rovio are yet again teasing another expansion for their popular bird slinging game. The popular and newest version Angry Birds Star Wars is about to get a new expansion called Cloud City. Get ready for more bird fun in the city of clouds all in the Star Wars style guys. This game isn’t going anywhere anytime soon.

The Star Wars spinoff of Angry Birds just keeps getting better and better for all you fans. With the Hoth expansion being a big hit, Cloud City surely should be too. For any Star Wars fan or die hard nerd (no offense) you’ll quickly notice that Rovio is following right along with Star Wars collectibles with these releases and updates.

If that doesn’t excite you then what about Carbon frozen birds? Yup, it looks like the update will have that too. Rovio is pulling out all the stops, as usual, and look to be bringing another jam-packed update out for all you bird lovers. Without saying anything, enjoy the quick teaser trailer released today.

Yup, that’s all they gave us. However it looks like we’ll be finding out more soon because starting Monday Rovio will release the official game trailer. We’ll be sure and share the latest as soon as it arrives too, so stay tuned right here at Android Community. If you already beat Hoth and Dagobah get ready for the next wave coming soon!