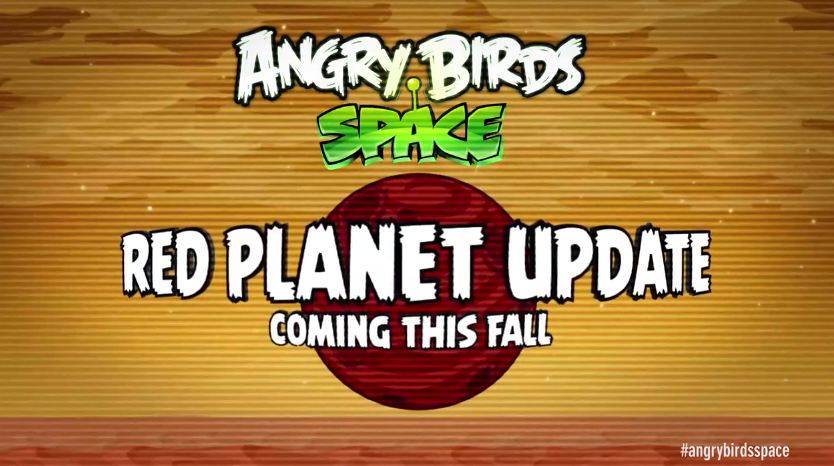 To coincide with the Mars landing of NASA’s Curiosity rover, Rovio has announced a new update for Angry Birds Space. The update will take players and their flock of birds to – you guessed it! – Mars, and has been dubbed Angry Birds Space: Red Planet. The timing of this announcement is pretty genius on Rovio‘s part, though we sadly don’t have that much to go on at this point in time.

Indeed, all we have is a 30-second teaser to watch, and it doesn’t tell us much. It does what it can to set up the “story” of Angry Birds Space: Red Planet, suggesting that the Curiosity rover finds much more than NASA was expecting when it touches down on Mars – instead of finding things that will actually advance our knowledge of the red planet, it discovers the birds and the pigs are going at it once again. Surprise!

We’ve got nothing aside from that teaser trailer, but then again, most probably don’t need to be told what Angry Birds Space: Red Planet is all about. Rovio says at the end of the trailer that the update is arriving this fall, but doesn’t get specific as far as release dates go. Also unknown is whether or not this update will cost money, but we’re going to go ahead and assume (hope) that it’ll be free.