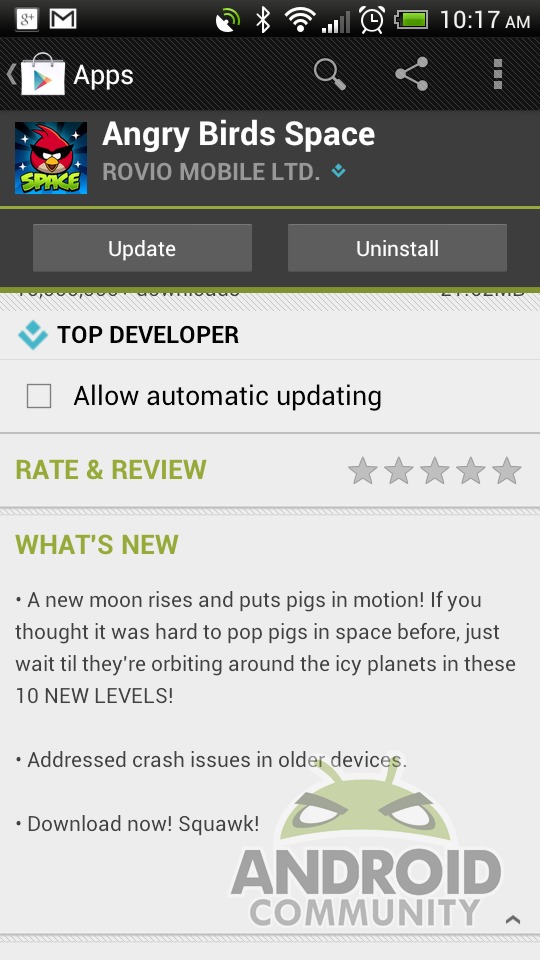 Angry Birds fanatics, check the Google Play Store for an update today – Angry Birds Space has added ten new levels to its ice-themed “Fry Me To The Moon” zone. That’s great, but there’s something more interesting in the update – a glimpse at the next zone. The unraveling package shows one of the pigs munching on a galactic donut – one that looks remarkably like the one featured in the marketing for The Simpsons Movie back in 2007.

Chris Burns of our sister site SlashGear spotted the inclusion, and would have thought nothing of it – if it weren’t for the fact that The Simpsons (now in its 23rd year on television) has featured Angry Birds in not one but two short sketches before. This doesn’t guarantee a tie-in, but Angry Birds developer Rovio hasn’t been shy about licensing its ultra-popular property before. They’ve lent the Angry Birds to promotional campaigns for  Samsung’s Galaxy Note commercials and the movie Rio… which was produced by 20th Century Fox Animation, which produces The Simpsons.

Observe The Simpsons doing their thing below:

Everyone can play the new levels, but the “Danger Zone” levels are still exclusive to Samsung phones and tablets on the Android platform. The level additions are added to Angry Birds Space (free), Angry Birds Space HD and Angry Birds Space Premium. You can download or update the apps in the Google Play Store.