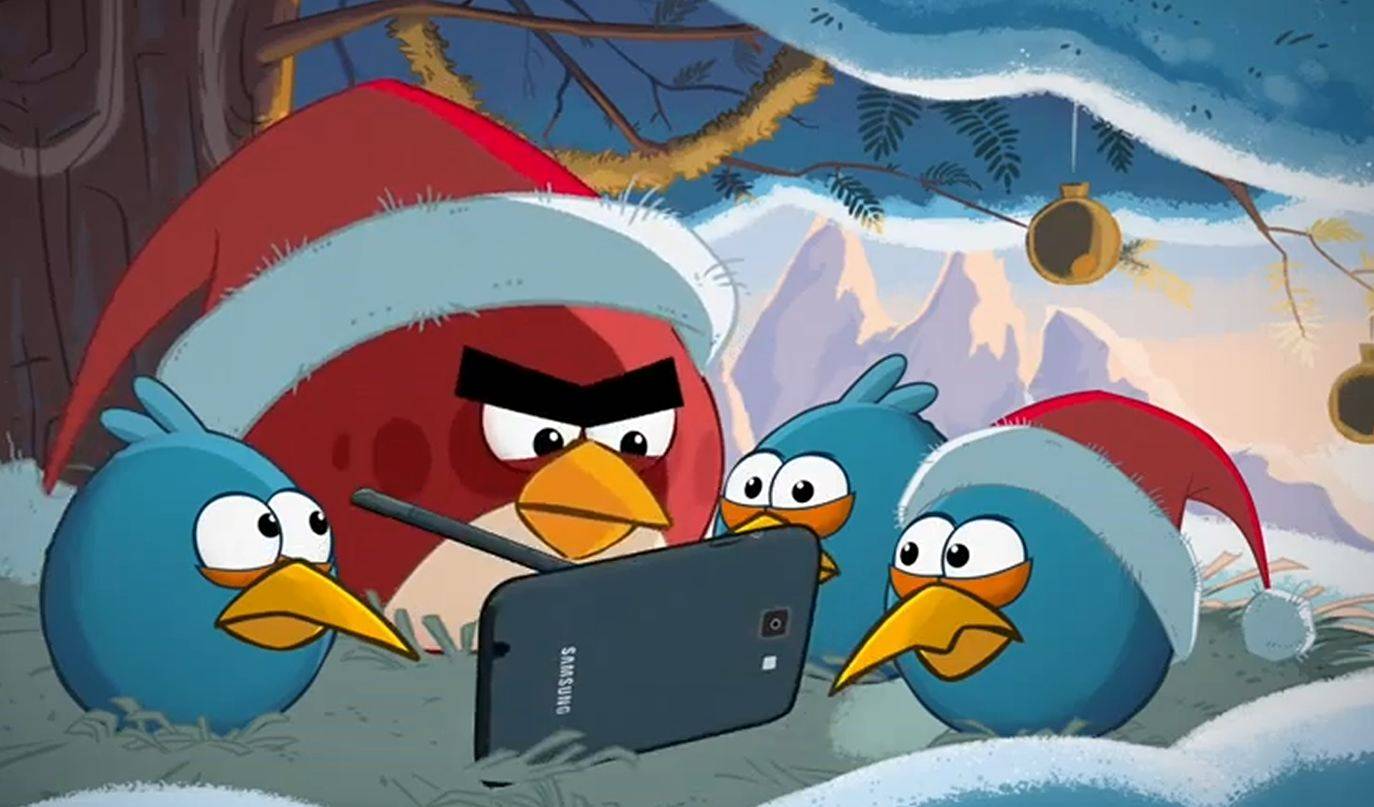 Without a doubt, Rovio’s Angry Birds is the darling of the mobile gaming world. It’s sold millions of downloads, made at least as much in advertising revenue, and is now a household name amongst people who couldn’t pick Mario and Sonic out of a lineup. The most prudent thing that Rovio has done is release Angry Birds Seasons, periodic themes updates with brand-new levels and elements to keep the simple physics game fresh. Now they’ve teamed up with Samsung for a little cross-promotion of everyone’s crossover device, the Samsung Galaxy Note.

In the short video the green pigs are up to their old tricks, using a little Photoshopping skills via the Galaxy Note’s S-Pen to make the Angry Birds, uh, frustrated. Since there’s no such word as “overkill” when translated into squaks, the Birds respond in kind, sending the pigs a little holiday cheer with the same general enthusiasm. Fun times are had by all, with the exception of the pigs, who can rest easy in the knowledge that at least they haven’t been pummeled into dust beneath the usual pile of broken rubble.

Check out the video below. The Christmas themed commercial was developed for Samsung and published on their YouTube page. Viewers in the UK may be seeing it soon, but anyone can visit note.angrybirds.com to see the high scores for a special web level of Angry Birds “Seasons Greedings”, featuring the Galaxy Note itself. You can play the level yourself  online and submit your high scores on the website. The fifty highest scores are eligible for prizes, including a free Galaxy Note and Angry Birds plush toys. What are you waiting for? Get crashing!