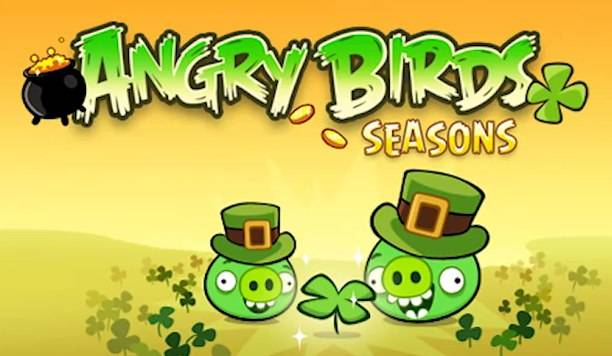 Rovio has revealed its latest addition for Angry Birds Seasons, a special St. Patricks day bundle of levels for the pig-busting title. “Go Green, Get Lucky” will be released imminently for Android gamers (as well as those playing it on iOS devices, with Palm and Nokia following on afterwards).

Beyond the color-scheme and some big, traditionally Irish hats, the St. Patricks day update is pretty much in keeping with everything we’ve seen from Angry Birds before. That means towering stacks of pigs, various feathered weapons and the sort of addictive gameplay that makes you miss your stop on the bus.

Angry Birds Seasons is a free download for Android handsets. More details on the new levels in the video below.