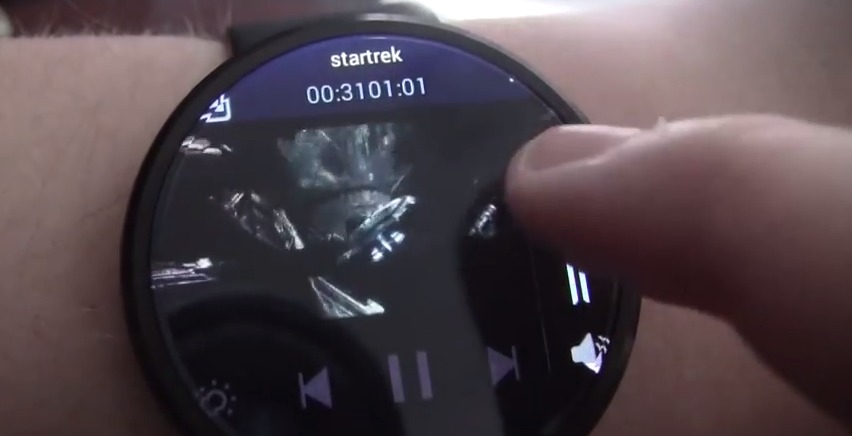 Apparently, your Android Wear smartwatch can be taught to do cooler tricks – cooler than, say, playing Minecraft or Doom, or even running Windows 95. Once again, smart hacker Corbin Davenport has shown us that there’s a lot of stuff – not necessarily important world-changing stuff – just a lot of stuff that can be done to your Android Wear smartwatch when you have a lot of time on your hands.

“You haven’t watched a movie—until you’ve watched it on your watch,” Davenport proudly proclaims of his newest wild idea, which he shows via YouTube. The demo shows Davenport playing Star Trek: Into Darkness on his Android Wear, which is probably a delightful coincidence as he shows us that Android Wear devices can really go where no smartwatch has gone before (excuse the pun, we couldn’t help it).

It appears the secret to making this madness possible is knowing how and which apps to install into your Android Wear smartwatch. Davenport explains that video-based apps are sure to crash on Android Wear due to the lack of video playback. He also says that the best choice to use for this hack is software-accelerated video players like QQ Player from Google Play. It would also help to eliminate lag and contribute to smooth media playback if the video resolution is relatively small.

Reading the comments section in the YouTube video makes for good entertainment on its own and you might actually be encouraged to do a Davenport on your smartwatch. If you’ve got a lot of time on your hands (and if your Android Wear is covered by a warranty), you might like to give hacking your Android Wear a try. Check out Corbin Davenport’s step-by-step guide here, but remember, you have been warned: To go boldly where no smartwatch has ever gone before can be a risky adventure.