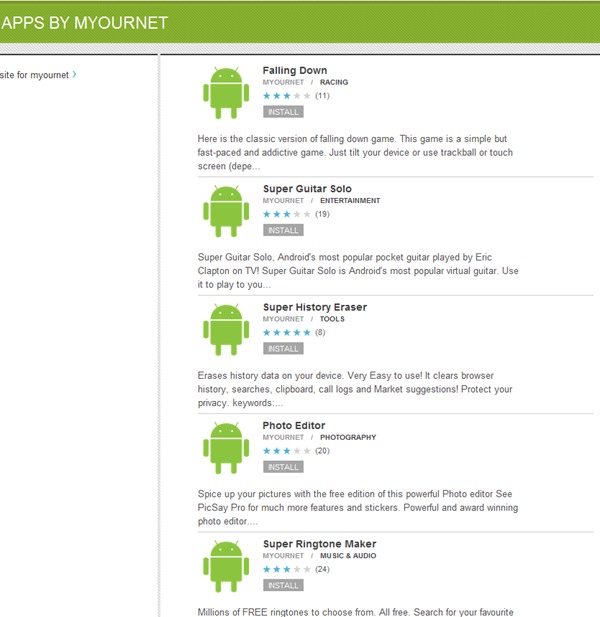 As you’re reading this, the threat is essentially over, that is, supposing you didn’t download the apps in question before Google shut this whole situation down. As this sort of thing requires action first, details second, we’ll begin by saying that all of the apps that were serving Malware were hosted by user MYOURNET and should now be taken down from the Android Marketplace. The full list of these apps can be found below.

The situation here is that a so-called developer by the name of MYOURNET has been stealing apps, renaming them, and re-uploading them to the Android Marketplace with new innards capable of rooting your phone, stealing your data, and keeping a backdoor open for further theft and destruction. The giveaway was let known to the world by user Lompolo of Reddit and was further legitimized by our pals at Android Police as the binary string “CVE-2010-EASY Android local root exploit (C) 2010 by 743C”, aka “rageagainstthecage.”

If you’ve downloaded any of these apps, please comment below and/or contact Google for further instructions on how to avoid having your phone turn into an information beacon for a terrible person. Let us know if you’ve experienced anything strange!

ALSO We’re aware of the difference between the words Malware and Virus but more people have an instant recognition of Virus than they do Malware, so we found using it in the title to be the right choice in this situation.