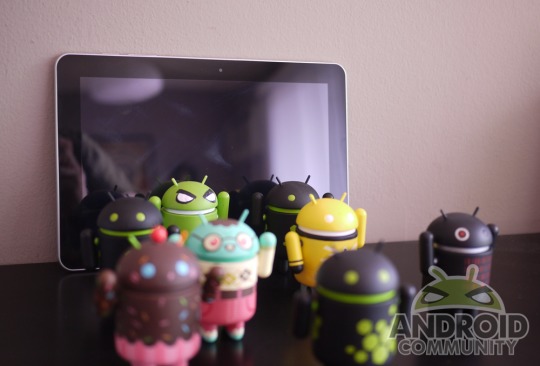 It appears that while baseball stadiums may be adopting the tablet situation for an “enhanced experience,” newspaper groups may want to get in on the party as well. Chicago-owned Tribune Co. is reportedly working on a touchscreen tablet that it aims to market to its newspaper subscribers, a tablet which will feature a modified version of Google’s mobile operating system Android. This tablet will also of course feature custom applications made by and for each hometown newspaper it will be targeted to.

Tribune Co owns several daily newspapers including the Chicago Tribune, the Baltimore Sun, and the Los Angeles Times, amongst 23 television stations as well. According to CNN, “more than half a dozen” current and former Tribune employees have interviewed with the news giant about the tablet and have requested anonymity for fear of losing their jobs or souring relations with their former employer. Apparently this new tablet will be offered for free OR at a highly subsidized price for those who sign up for an extended subscription to one of their newspapers AND a wireless data plan with a carrier who would be partnering with the paper.

The national media company has been in talks with Samsung Electronics “and others” to build the tablets, and hopes to use the initiative to bring themselves out of bankruptcy. Spokespersons from Samsung as well as the Tribune have declined to comment. At the moment, several Tribune newspapers have iOS-specific apps out on the market, but few to none of them are working for Android. Those “familiar with the project” have said that this project is “Eddy’s baby,” referring to Eddy Hartenstein, Tribune Co’s chief executive, founder of DirecTV, board member of Sirius XM Radio, SanDisk, and semiconductor group Broadcom. Hartenstein is also of course the CEO of the LA Times, this leading us to believe that an LA Times tablet might be in the works.

In similar news, the Philadelphia Media Network also has plans to sell “deeply discounted” Android tablets featuring apps for its Daily News and Inquirer newspapers. Spokesman Mark Block says they’ll be starting this initiative by selling 2,000 as early as next month.