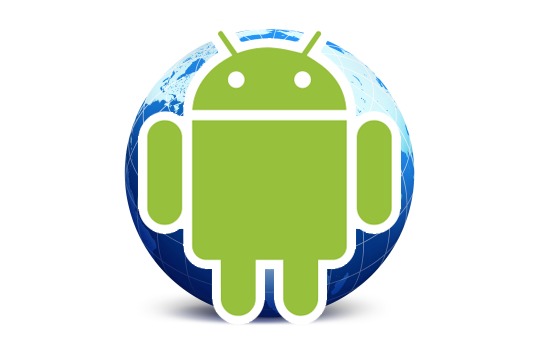 This week there was an article published by a pair of writers over at Bloomberg Businessweek : Ashlee Vance and Peter Burrows. This article tells an account of “about a dozen executives working at key companies in the Android ecosystem” including LG, Toshiba, Samsung, and Facebook. This epic tale even notes complaints with the US Justice Department over the situation. Noone directly commenting on the situation is named, and specific facts are sparse – is this a case of fabrication, or is it such a giant story that mafia-style gunmen will come down upon anyone tied to its publication?

Let’s go through this story point by point, commenting as we go. First off, there’s an interesting couple of sentences to set up the whole story:

From now on, companies hoping to receive early access to Google’s most up-to-date software will need approval of their plans. And they will seek that approval from Andy Rubin, the head of Google’s Android group.

In a single reading, this may seem like a harsh reality, one that goes directly against Google’s claim of an “open source” environment for its mobile OS Android. Looking over it again, this blurb reads differently: early access. What does that mean in this situation? It means that Google would literally work with a manufacturer to deliver Android early, early as in before the rest of the manufacturers, early as in before the source code is released to developers aiming to make compatible apps to work inside it, early as in before Google is prepared to release it to groups that might use it to compete against them.

Google promotes Android as an open-source environment, one where anyone is allowed to work in and with the mobile OS without Google slapping their hand and taking it away from them. Does that mean that a manufacturer should get preferential treatment just because they ask for it? Absolutely not. Grocery stores don’t get early access to milk from farms because farms need to make sure that milk is processed and ready to drink before it’s released.

Next, a bit more on what Bloomberg has decided Google once was and how harsh they’ve become:

The Google that once welcomed all comers to help get its mobile software off the ground has become far more discriminating—especially for companies that want to include Google services such as search and maps on their hardware. Google also gives chip and device makers that abide by its rules a head start in bringing Android products to market, according to the executives.

There’s a good example of a model inside this ecosystem that can be compared to what Google is doing here, and comparatively, Google is being much less capitalistic about it: Free-to-Premium Apps. In our current Android Market model, free apps reign supreme. While the advertising route works for some, there’s also the releasing of two versions of your app method, one where your first app is a free and limited version of an application, the second version being a premium or more full version of the app that has a cost.

What Google has done here is to release a full free operating system in a similar way, only they’re not trying to sell their premium version, they’re still giving it away. What Google has instead of a premium version is the pre-release, this version going out to manufacturers who they’ve vetted and have decided to be worthy of being the first ones out the door. Just like any business deal, you’ve got to be willing to make concessions in order to get special favors.

Bloomberg goes on to note the simplicity of the truth, the key to dismantling every complainers case in the whole rest of the article:

Google’s Rubin, a mobile industry veteran, anticipated such market fragmentation. That’s why when Google prepares a new version of Android, it selects a chipmaker and a device maker so that the first smartphones and tablets show off all the bells and whistles

Musicians do this same thing each and every day of the year, they release a single, or in some cases completely free music meant to be distributed at will, to the people they trust to represent the music in the manner that best allows it to flourish.

Next, a quote comes in from the director of global Android partnerships at Google, John Lagerling, who speaks on the reasoning behind working with a single manufacturer for each Hero device that sends out a version of Android unto the world:

Google says its procedures are about quality control, fixing bugs early, and building toward a “common denominator” experience, says John Lagerling, director of global Android partnerships at Google. “After that, the customization can begin.”

These hero phones you’ve all heard about:

HTC Dream aka T-Mobile G1 : First phone released to the market to use Android OS, October 22, 2008, this device used Android 1.0, a version without a special name (starting with 1.5 they worked with tasty treats, Cupcake first.)

Nexus One : another HTC device, tested throughout Google’s innards, announced December 12, 2009, released January 5, 2010, with a stock version of Android 2.1 Eclair.

Then comes the harsh part:

Over the past few months, according to several people familiar with the matter, Google has been demanding that Android licensees abide by “non-fragmentation clauses” that give Google the final say on how they can tweak the Android code—to make new interfaces and add services—and in some cases whom they can partner with.

Whoa! Wait a second, Google, isn’t THAT the antithesis of an open source project? It seems like there’s nothing, then, between Google and controlling whatever gets released on for-sale hardware with their operating system on it. To be able to sell a device with Android OS on it, a business MUST get a license from Google.

It’s these types of actions that have prompted the gripes to the Justice Department, says a person with knowledge of the matter. Google spokeswoman Shari Yoder Doherty declined to comment on Google and its partners or any complaints to the government.

Whether Bloomberg actually asked Shari Yoder about this matter or not is irrelevant, really, as there appears to be no record of the “gripes” actually happening. We guess the gripes would be against Google for not allowing their Apache Software License the way these manufacturers saw fit. You can read more about Google’s ASL [in this classic article on Ars Technica], but what it essentially says is that with this license, Google can release code that’s free and open that manufacturers can then tweak and NOT re-distribute for free usage. This, says Ars in 2007, promotes market growth, but not as quick a growth potential as utter freeness would.

Finally, a quote on the similarities between this situation and the release of Windows OS throughout the years:

In the PC realm, Microsoft habituated its partners to expect equal access to new versions of Windows. If anything, says Gartner (IT) analyst Michael Gartenberg, the software giant was equal-opportunity to a fault. “Microsoft often got criticized for treating all partners the same, whether they were doing great work or mediocre work,” he says. “Google seems to have no problem with playing favorites.”

And they should, the absolutely should. Google has created a system that they’ve licensed as open source in a way that has, and definitely will continue to make the mobile market grow exponentially into the foreseeable future. Google gives their product away for free, you can use it however you want unless you want to sell it, in which case you’ve got to get their approval, then they’re going to want to add their Android Market to your device before you sell it.

But you’re allowed to sell your device with unlockable bootloaders and essentially open systems again, thus making your product one that your users can modify however they see fit. So what’s the missing link? Rogue manufacturers getting pissed off because they can’t have a product someone else worked on for free with no limits that they can then clutter up and repackage for a gigantic profit, blaming their frustration on the fact that Google said they’re giving out an open-source system – which, if you ask me and us, they still are.

The quotes above come from an article posted on Bloomberg.