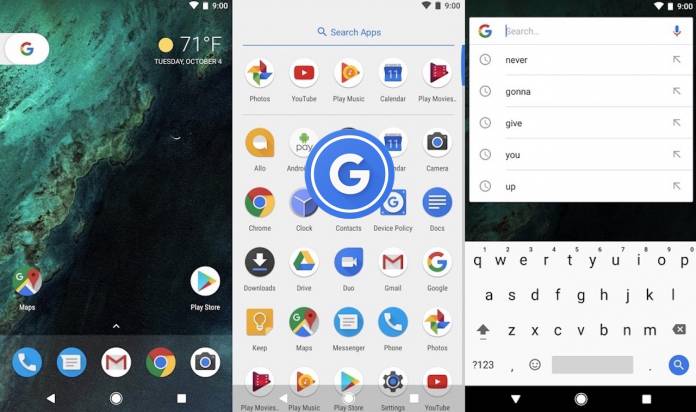 The latest Android Q beta version seems to be ready as we’ve been hearing related reports. The Android community is excited about the ‘Q’ dessert and we’re expecting it will be announced anytime soon. More fixes, improvements, and features are being presented to the public. The last one we mentioned was the Android Q Beta 5 adding settings for Back Sensitivity gesture and how it captures audio. Before Beta 5, there was Beta 4 but was paused due to installation issue but was then resumed immediately.

Android Q will bring the latest Pixel Launcher. It will include Digital Wellbeing integration and new gesture navigations as per recent information. They will only work on Pixel Launcher so don’t expect Action Launcher or Nova Launcher to have the same gesture controls–they won’t work. Third-party launchers will not be supported. The latest gesture–swipe down anywhere to pull down notification panel–is available on the Pixel Launcher Android Q Beta 5.

Android Q Beta 5 may also be adding Pixel themes that could include customization styles and clocks among others. Theming support may be limited in Android Q but at least it’s there as evidenced by the new strings on the SettingsGoogle and SystemUIGoogle APKs. Some notable changes can be seen on Settings> Network & Internet. Strings suggestions write “try different styles, wallpapers, clocks, and more” which could be for color customization or lock screen clock customization.

To further reduce eye strain at night, there is the dark mode to also help improve battery life. More Google apps are receiving dark mode but they still need to be adjusted. The splash screen is usually too bright especially when booting up. Instead of a white boot animation, the Android Q team has decided to add an AMOLED dark boot animation instead.

More changes are expected to be discovered in the coming days. They will arrive together with the latest security patch levels and fixes. More related information will be revealed until the Android Q is officially served.