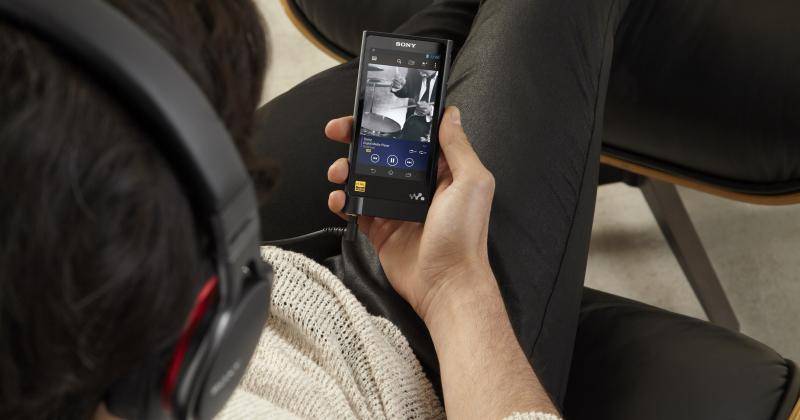 It’s been more than a year since Sony launched a Walkman flagship but now it’s using CES 2015 as a launching pad for the next Walkman NW-ZX2. Continuing some of the things started by 2013’s NW-ZX1, including that backside bulge that is thankfully now less pronounced, this latest standard bearer turns its eyes towards high-resolution audio, attempting to deliver the best audio quality possible, no matter how compressed the original source might be.

Digital music, while more portable and more ubiquitous, has a rather bad image of sacrificing quality for the sake of those conveniences, especially when you talk about portable media players and lossy audio formats. To combat the loss of quality in the digitizing process, Sony is putting to work all its technologies and production capabilities to upscale audio in the best way possible. The S-Master HX full digital amplifier, for example, keeps all signal processing digital to prevent degradation in the transition between analogue and digital and back. The DSEE HX processor, on the other hand, tries to recreate high-frequency information even from compressed files, upscaling the audio as needed to produce higher than CD quality sound.

And that’s just what goes on inside the device. In its journey from Walkman to our ears, the NW-ZX2 uses Sony’s new LDAC codec so that even Bluetooth headsets and speakers receive the best audio possible. And for those with a more wired bent, this Walkman also features USB audio output for connecting with headphone amps and DAC amps. Dual-band WiFi compatibility also makes it useful for streaming media.

Aside from working great, the Walkman NW-ZX2 also looks great, with a frame that’s meticulously sculpted from solid aluminum alloy to give it a very luxurious image. And the somewhat premium materials aren’t all just for show. Gold-plated copper plates inside are used to reduce electrical impedance that adversely affect audio quality. The NW-ZX2 is also an Android device, with 4.0-inch 854×480 FWVGA screen, that gives you access to more digital content and apps. It has an internal storage of 128 GB and can even be expanded with 256 GB more via a microSD card. The battery is advertised to last 60 hours when playing MP3s and 33 hours when processing hi-res audio.

The new Sony Walkman NW-ZX2 will launch in Spring 2015 starting in Europe. No price information has been dropped yet.