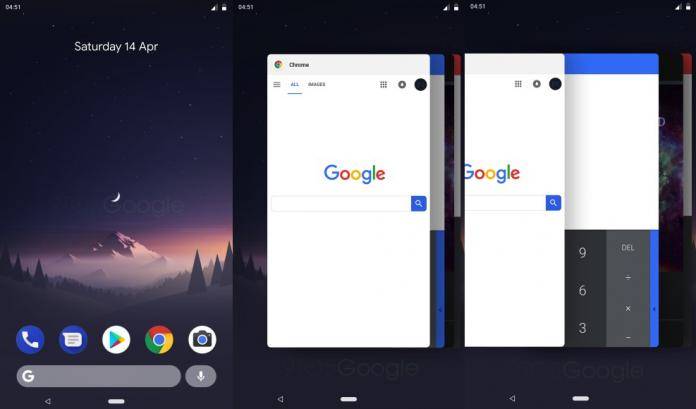 The Android team is very much busy preparing the ‘P’ dessert for its public launch. By now, you probably have an idea about the new Android version since the Developer Preview has already rolled out. Yesterday, we told you that it’s able to remember every Bluetooth device volume level while secure DNS option has been added as well. The mobile OS’ navigation is definitely changing. That pill button may be for swipe up gestures while Android will soon block apps from sending unsecure internet traffic. Important changes are expected and we’re excited to see how the navigation will change.

We’ve seen the revamped navigation bar and now we’ve got more details including the absence of the square ‘Recents’ button. You will no longer see that one. A pill icon will show and this can be swiped up to access the multitasking screen. It may also serve as a home button. The vertical carousel will also be gone but instead, it will be horizontal.

The updated navigation will also show a new contextual back button but we’re not sure yet how it will work. Not all elements will be changed though. Some will still be retained.

Press on the new pill button to go back home or exit from the multitasking screen. Accessing the Google Assistant can still be done by tapping and holding the pill. The latter may also be used for swipe gestures. The same flowery animation of the icons will show up.