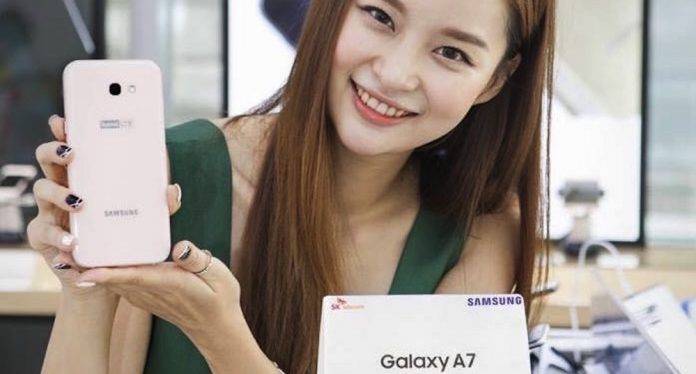 We should only be anticipating for Android O’s arrival but you know it is not that easy in the mobile industry. When it comes to new versions of the platform, it usually takes time before OEM finalizes the new Android and release the software. Before Android O is out, here is Samsung releasing Android Nougat for the Galaxy A7 (2017).

From Android 6.0 Marshmallow, you can now upgrade your Galaxy A7 to Nougat and try the new features and enhancements. Initially, the update will only be available to those phone owners in Thailand but expect it to roll out to other regions soon.

The Android 7.0 Nougat for the Samsung Galaxy A7 is officially known as the A720FXXU2BQGB firmware version. It brings a new user interface, quick setting buttons, better notifications, and multi windows. The Nougat OS also brings the Dual Messenger function as with the Galaxy J (2017), as well as, Always On display, Samsung Pass, and an improved settings menu. You need at least 1.4GB of free space on your device so you can download and install the mobile OS.

There is no mention of Bixby feature originally found on the Galaxy S8 and S8+ but the South Korean version of the Galaxy A7 (2017) already has it.