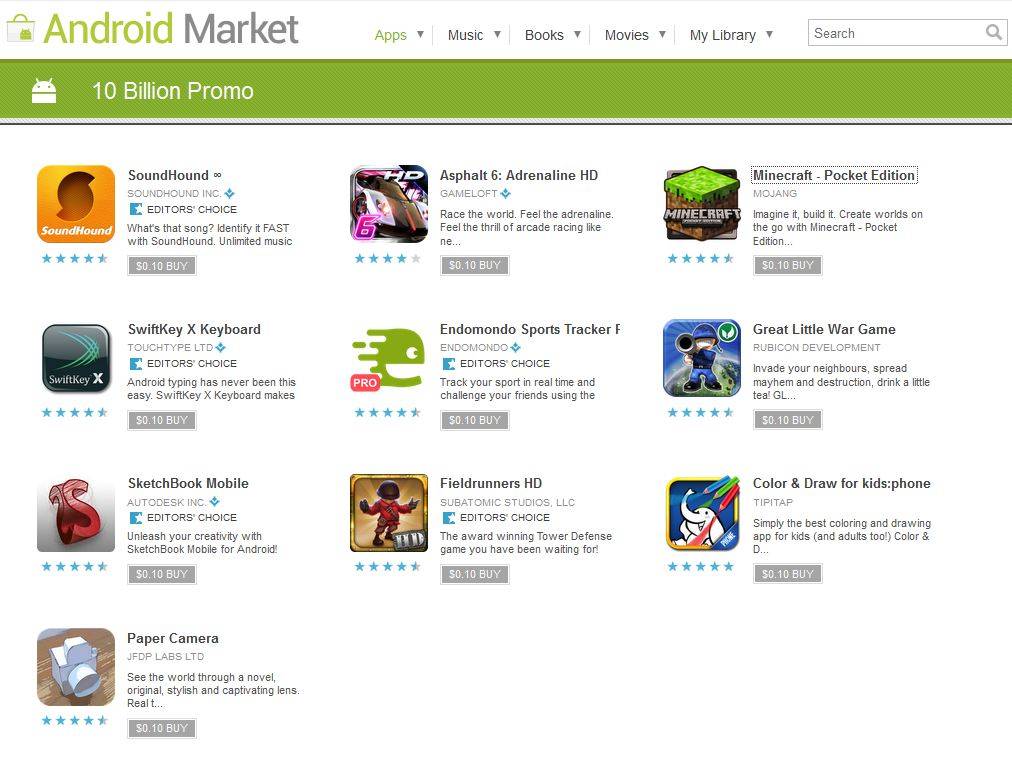 There’s a lot of Android phones and tablets out there – pushing 200 million at last official count. That’s a lot of people downloading apps form the Android Market. Today that number may have  surpassed 10 billion total app downloads, and to celebrate, Google’s offering a handful of premium apps for just 10¢ (£0.10 in the UK.)

The premium apps on offer are as follows: Soundhound, Asphalt 6: Adrenaline HD, Minecraft Pocket Edition, SwiftKey X, Ecomondo, Great Little War Game, SketchBook Mobile, Fieldrunners HD, Color & Draw for Kids, and Paper Camera. This is no small promotion; many of these apps have hundreds of thousands of paid downloads already, and the discounts start at 90% and go up. There’s no indication of when the sale will end, so if you want any of the apps listed here, download them now. 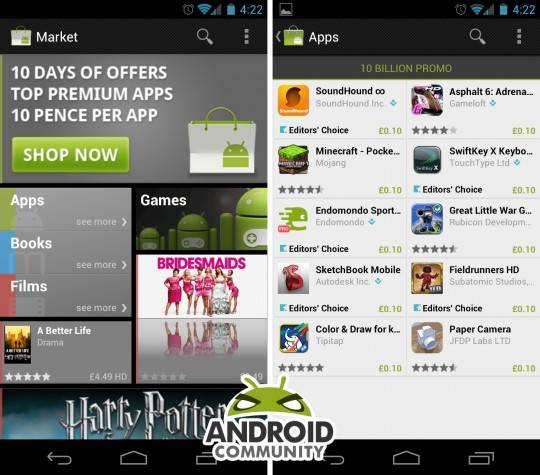 We haven’t heard anything official on the 10 billion app promotion. The total may not have even been passed yet – it could be that Google’s drumming up excitement to reach the milestone, with a little help from some high-profile Android developers. In any case it’s a sweet deal on some very in-demand apps, so go for it if you haven’t already.