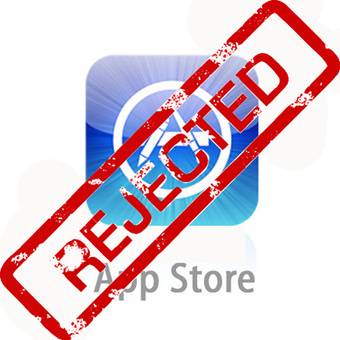 The CEO of Media Provider, a small magazine publisher located in Denmark, said that because the magazine was about Android, it wasn’t allowed into the app store. Here is his conversation with an apple rep.

“So what’s the problem?” Dixon asked, knowing full well what the problem was.
“You know… your magazine,” replied the Apple rep, who identified himself only as Richard. “It’s just about Android…. we can’t have that in our App Store.”

Even if the app had been approved, I doubt anyone would have found it. Now because of this incident, it will get a lot of free publicity.