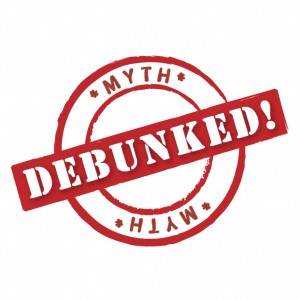 Earlier today there were a few reports about Android and it’s browser speeds in comparison to the iPhone 4 and Apple’s Safari. Showing that android was just about 52% faster at loading web pages. That is a pretty bold statement, and would be awesome if it was completely true. The website optimization firm Blaze came out with a study that basically showed Android having a very large lead over Apple and Safari. The story has now been proven to be a little inaccurate.

While there is way to many different variables to actually get a solid test that is actually accurate, many sites, and firms try. Apparently this group Blaze wasn’t actually using the phones and browsers themselves, but rather a browser wrapper program they built that ran the tests on something else. Blaze also used the same wifi connection for all the tests. Obviously there is lots that would come into play. The different phone models on both sides, specs, even the network congestion if not using wifi. The biggest issue is Blaze not using the devices themselves.

Our sister site Slashgear reached out to the Blaze CTO Guy Podjarny to have him re-run a few tests and just to confirm some of the reports and they mention that and its results here. After all the drama and people not sure about the results the Blaze CTO pointed out to CNET some of the critical flaws, mainly that the tests were done using UIWebView instead of Safari. The Safari application has benefited from increased software improvements where as UIWebView is a simple browser that can be embedded into apps and has not benefited from the latest software enhancements. This alone makes the tests seem uneven and not very fair. Apple has since came out and debunked the testing and mentions exactly what we described above. I wonder if he also was lacking some of the performance enhancing features on the Android site as well.

Either way I’m sure Apple, and Android both are doing everything they can to allow us users to have the best, and fastest possible browsing experience possible. I know from personal use that Android 2.2 and 2.3 made big leaps in all aspects of the android browser, and 3.0 Honeycomb on my Xoom is even better. It’s the best mobile browsing experience I’ve had yet. So for now, just like the picture above says, this story is debunked. Don’t worry my Android friends, we all know our phones are faster!