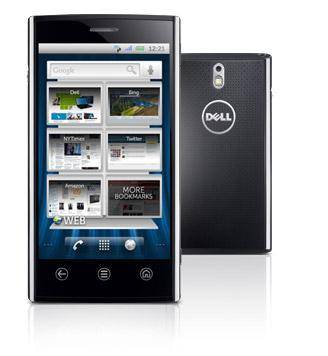 A few months back the Department of Defense certified its first Android device, the now (and then) discontinued Dell Streak 5. Now it looks like the rest of the armed forces are getting in on the action. The Pentagon has certified Android 2.2 Froyo for use on all Department of Defense projects, and the Dell Venue has been approved for use in military applications. Classified information and proxy access can now be granted to that model of phone. It’s likely that they’ll get them in bulk from Dell.

Though the Department of Defense’s long review process means it’s now three versions behind the latest Android release, this opens up a lot of avenues for development for both internal projects and defense contractors. For a start, you’re probably going to see at least a few Android-based machines and programs come out of DARPA, the DoD’s primary research arm. Maybe a smartphone-powered control app for the Big Dog robot – hey, a guy can dream.

Now that at least one Android OS and device has been approved, it should take less time for the DoD to review later versions. So far only Android and RIM’s Blackberry OS are approved for official armed forces use as far as smartphones go.  I’ll offer some beginner Android advice for all you G-men with shiny new smartphones: set up a PIN lock, buy a roomy MicroSD card, and take it easy on the homescreen widgets. I’d expound on the virtues of rooting and custom ROMs, but somehow I don’t think Uncle Sam would appreciate that…