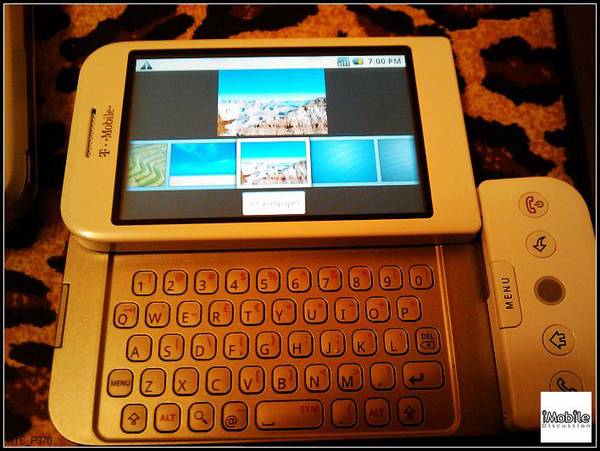 Andy Rubin, Google’s director of mobile platforms, has confirmed that the first Android-based handset is in “the final stages” and almost ready for the presumed September 23rd release.  Despite the open-source credentials of the project, Rubin described Google’s approach as having “put our blinders on” to focus on creating a single device that would definitely impress consumers.

“If we come out with a dud, people will go, ‘Well, that was a waste of time”” Andy Rubin, director of mobile platforms, Google

Rubin also confirmed that Google have worked almost exclusively with HTC and carrier T-Mobile, lending further weight to the suspicions that the carrier will be the first to support the handset – believed to be called the G1.  According to the report, Google purposefully decided not to release a swathe of devices on multiple carriers as their first entry to the market, as this would allow tighter control over hardware and software.

Contrary to Apple’s approach with the AppStore, however, Google will not be looking to enter into revenue sharing with its own Android Marketplace.  The proceeds from software distributed via the on-device download service will be shared between developers and carriers.

“We made a strategic decision not to revenue share with the developers. We will basically pass through any revenue to the carrier or the developer” Andy Rubin

Rubin also mentioned the part the company’s new Chrome browser will play on Android devices, suggesting that mobile users would have access to a “Chrome Lite or Chrome To Go or Chrome Mobile”.  The Android version will be based on the same underlying technology as the desktop app, only formulated for smaller displays.  There has been some suggestion that, as iTunes is to the iPhone, Chrome on the desktop will become the gateway to synchronizing with the mobile devices; however Rubin did not comment on this possibility.