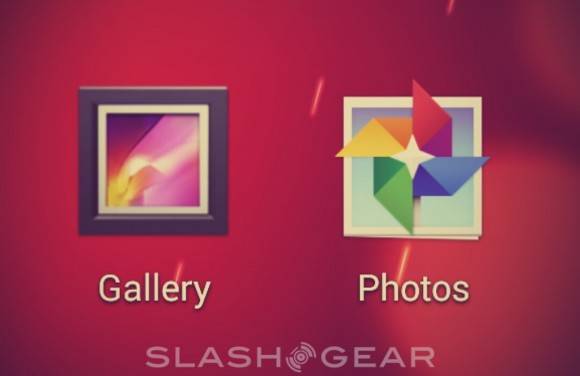 It seems that Google is slowly but surely making its social networking service the center not only of its own web-based social interactions but even in Android as well. Some are now speculating that the standard Android Gallery app may soon see itself on the way out and be replaced with Google+ Photos.

The writing on the wall was seen and analyzed by Ars Technica’s Ron Amadeo. He observed that the Google+ Photos app was recently renamed to simply “Photos” and can practically do any thing that the Gallery app can do. However, it currently seems to be unable to present photos on the device that were not taken with the camera like what the Gallery app does. The Gallery app was also absent in some of the early builds of Android 4.4 and it was the only app that did not get a refreshed high-resolution icon. It seems that there are also signs in underlying code, where files in the new Gallery editor are tagged as “plus_editor” and the Camera app being separated into its own APK instead of being bundled together with the Gallery app.

This would certainly not be the first time Google has phased out certain parts of the Android platform in favor of its own products, which lately seems to be Google+. It even deprecated Google Talk instant messaging service and integrated it into Google+ Hangouts, which was previously more used for video chats. More recently, it removed the default messaging app on the Nexus 5 in favor of the new Hangouts app that just got support for SMS and MMS.

If this prediction comes to pass, it will likely not be welcomed by everyone. Some might even see it as Google’s attempts to exert even more control over Android. Just last week, the once silent co-founder of YouTube voiced his frustration at being required to have a Google+ account just to comment on YouTube. This change might also impose an added burden on custom ROM maintainers who must now look for a third-party app to use and maintain, as Google apps and services are not included in the Android Open Source Project (AOSP).