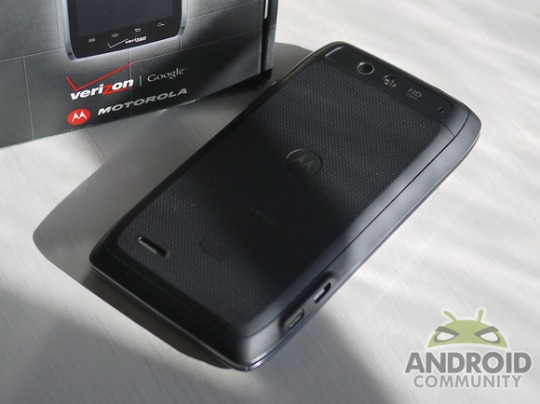 Earlier today, we conducted a hands-on for the highly anticipated Motorola DROID 4. We already took a quick look at it over in Vegas during CES, but we definitely got a better look at it today. Those waiting for a decent LTE device on Verizon with a QWERTY keyboard are going to absolutely love it.

As you know, Chrome Beta for Android was released just yesterday. But today, our eyes were opened to a few Easter eggs the devs incorporated. It’s nothing too special – but most of all, they were included to show how well Chrome can perform both graphically and under a heavy system load. It’s too bad the application is only available on Android 4.0, they haven’t released any information regarding a possible Honeycomb or Gingerbread release – but we can only hope it’s coming.

We were really hoping to see some new gadgets from Samsung unveiled at Mobile World Congress in Barcelona, but it seems they won’t evenbe hosting press conference this year. They will likely just hold out, and assemble their own conference later on. This is a very ‘Apple-esque’ move, and I wouldn’t be surprised to see it trend throughout other manufactures over time as well.

Lastly, the US gaming population has almost tripled since 2008, and there’s no doubt smartphones have cause quite a bit of this growth. Thus, now that smartphones are much more affordable – we’ll see the amount of gaming adopters eventually start to taper off. There was quite a boom these past three years, and though mobile gaming isn’t the only avenue gamers take – it has been the most progressive.