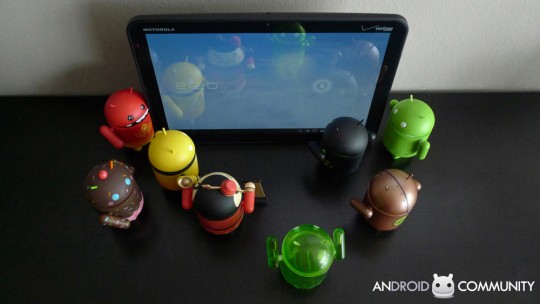 After pulling together today’s top stories, you may have missed a terrible incident where refurbished XOOM units from Woot contained previous user data! Apparently, between March to October of 2011, refurbishing companies were apparently wiping the devices improperly. If you have fallen victim to this, Motorola will help pay for a 2 year subscription to Experian to make sure your credit hadn’t been adversely affected.

It pain’s me to bring this up again, but today Google ended full support for CDMA devices. Yes, this even includes ‘Nexus’ branded devices like the Samsung Galaxy Nexus and Nexus S 4G. The reason many even purchase devices on the Nexus line, is because they assume they’ll receive updates straight from Google – and in a timely manner. Hopefully, this is some sort of error – but not likely. Fortunately, Google will still support CDMA devices – but just not as quickly as their GSM counterparts.

We had suggested the Samsung Galaxy S III could be waterproof soon after seeing the technology demonstrated at CES, but it was pure speculation. That rumor has developed among the community, and hopefully finds its way onto the actual device. Liquipel currently charges between $60-80 for a waterproof treatment, so if Samsung were to treat the GSIII – I couldn’t imagine it costing too much.

Lastly, DropBox opened up an Android Beta program today. This offers up to 5GB of extra storage on their cloud, and adds even more features to help managing your files. 5GB is great – they’re going to have to do a bit better if they want to compete with Box.net who offers 50GB of storage for Sony or LG devices.