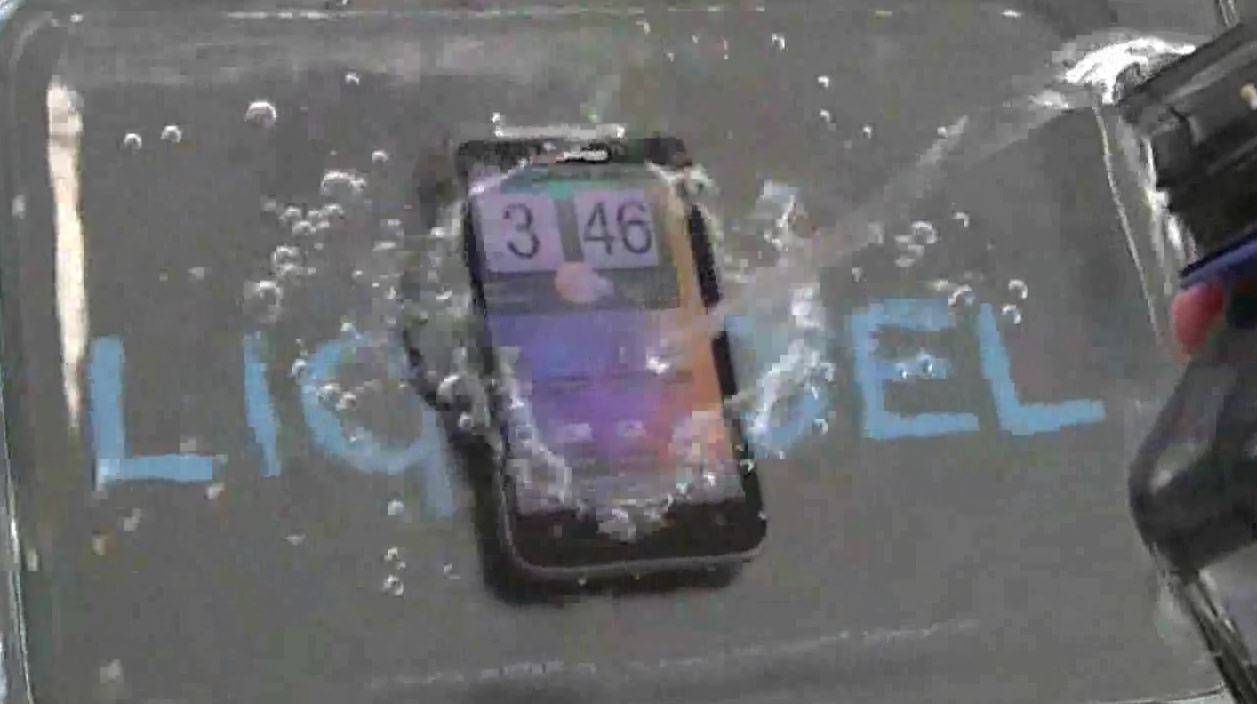 Samsung’s Galaxy S III is fast becoming the biggest rumor monger in the Android universe, replacing the Galaxy Nexus at the top of ridiculous speculation. The latest tidbit comes from a “well-placed UK independent phone retailer“, who claims that the next version of the Galaxy S family will come with a coating compound that blocks out water and other liquids in a pretty amazing fashion. He claims that both the Galaxy S III and the iPhone 5 will have a waterproof seal provided by Liquipel, whose gadget-dunking demonstrations impressed onlookers at CES 2012.

The technology behind these seals has been available for years. They’re impressive, no doubt: basically, the system coats a phone or tablet with a near-invisible compound that can block out almost any liquid and moisture. It can repel several meters of water pressure for extended periods of time, making an accidental dunk in a tub or sink a non-issue. Liquipel’s coating technology penetrates into the device itself to cover all interior components as well: their demonstration below shows an HTC ThunderBolt running submerged with the battery cover off, as water trickles into contact with the protected mainboard and other components.

How likely is this rumor? Well it’s certainly not impossible. Liquipel currently offers its coating technology directly to consumers via a mail-in program, charging between $60 and $80 per device. Partnering with a huge company like Samsung or Apple could cut their per-device cost down to a couple of dollars, while adding a huge amount of value for end users. I’d honestly be surprised to see Apple adopt this – they tend to have a wait-and-see approach, never adding a feature if they don’t need to (case in point: the original 2G iPhone). But Samsung might add it to their flagship as yet another differentiation versus Apple.

All this is extremely speculative at the moment; just about the only thing we know for sure about the Galaxy S III is that it won’t shoe up at Mobile World Congress in late February. I’ve been hoping that someone would use one of these waterproofing processes on a mainstream device for a while now. Samsung, are you up to the challenge?

[via Cult of Android]