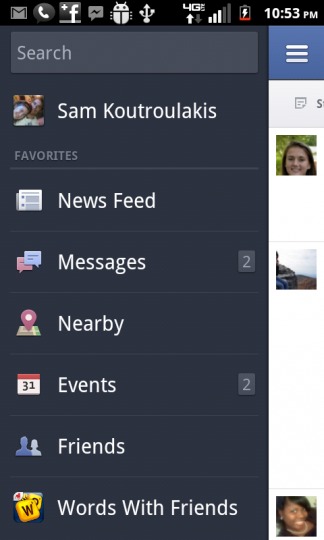 The Android app for Facebook has 58.3 million active daily users compared to the iPhone app having 57.4 million active users. This data comes from the AppData tracking service. Apparently, Android is growing very quickly with Facebook users too.

The app is said to be getting 550,000 activations per day. Timeline was also available on the Android app before iPhone app showing that Facebook may be favoring Android with updates coming to it first. It’s worth noting that when you look at an entire month, the iPhone app is still ahead with 99.1 million monthly active users compared to Android getting 85.4 million users monthly.