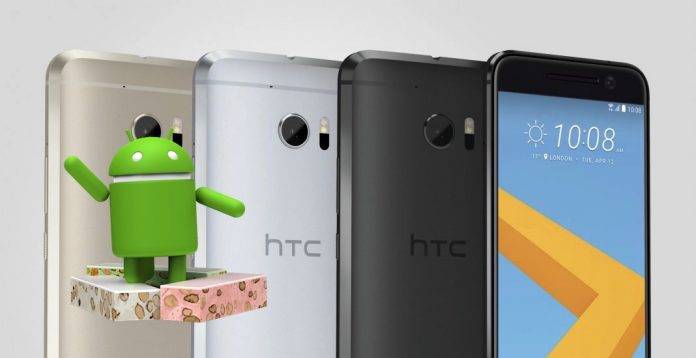 Android 7.0 Nougat is now available for the HTC 10. The software update rolled out last week and a number of HTC 10 owners have been downloading and installing the update already. It’s only available for the unlocked units in the United States. International versions will also receive the same update soon and the carrier devices will follow after. If you own one from a particular network, you’d better check and ask when you should expect the OTA update.

HTC through its HTC Elevate channel on YouTube showed off the Android 7.0-powered flagship phone and then compared it side-by-side with an Android Marshmallow version. It was a quick demonstration of the major features of the Nougat.

Overall design is familiar but runs smoother. The night mode especially is very much welcome because it helps people fall asleep at night. If not really help them sleep, at least reduce the blue light display.

The new settings area shows some of the important shortcuts and information that really matter to the users. There’s also the quick suggestions that can be helpful. Of course, there’s also the multi-window that makes work easier on the phone. You can open two apps at the same time on one screen, allowing you to do more.

Watch the full video demonstration below: