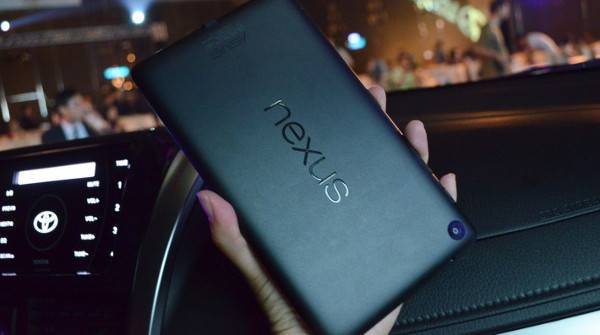 Following last month’s factory image release, Google is now bringing Android 5.0.2 to the rest of its older Nexus tablets. The maintenance update, which first appeared for the 2012 Nexus 7, is now available for the 2013 model, only for its WiFi variant, and the Nexus 10. And as before, there is no official changelog or announcement on what has been fixed in this silent Android release. Amusingly, the more recent Nexus 9 seems to have been left out, at least for now.

Google seems to have adopted a very staggered and piecemeal approach to Android releases for its Nexus line, rolling out updates as soon as they’re available for some, while leaving others for another time. The Android 5.0.2 update itself was rather interesting. It first appeared last December and only for the 2012 Nexus 7 Wi-Fi model or “nakasi”. This was the first Lollipop maintenance update that the tablet received, skipping over the Android 5.0.1 version that was made available to its other siblings.

Now its the turn of the 2013 Nexus 7 WiFi (razor) and the Nexus 10 (mantaray) to get the update. Without a changelog, we can only presume the usual bug fixes and whatnot, perhaps nothing earth-shattering or else we’ve heard about it by now.

Perhaps more interesting is where the update is not found. One would think that the Nexus 9, being the more recent tablet, would get it first, and yet it is curiously missing. None of the recent smartphones have also been updated yet. The most curious, and also the most tragic, of all is the fact that none of the mobile models of the Nexus 7, be it the 2012 or the 2013 model, have even tasted Android Lollipop, making us wonder what problems Google might have encountered for these two.