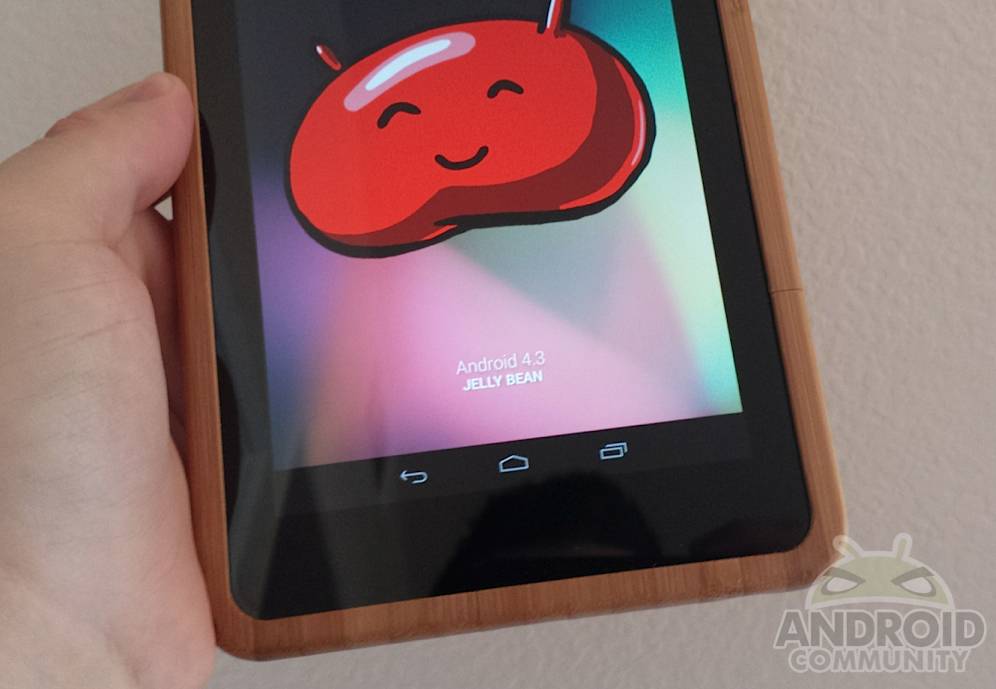 Earlier this week Google officially took the wraps off of Android 4.3 Jelly Bean, as well as the new and improved Nexus 7, but for those with last years model an update is on the way. As you all probably know, Wednesday Google also announced the 4.3 update was rolling out to all the recent Nexus devices, but it has been a slow and staged push.

Both of my stock Nexus 7 tablets received the update late last night, instead of on Wednesday when Google announced the update was rolling out, and we’ve received multiple tips this morning that other users are finally seeing it today. All those tips and tricks to get it early never seem to work anyways.

So for those who are sitting at home tapping that “check for updates” button still, it appears that Google’s finally rolling this out at a wider range and it should be arriving for your tablet any moment now. However, if you still don’t want to wait the official update download file is available below. 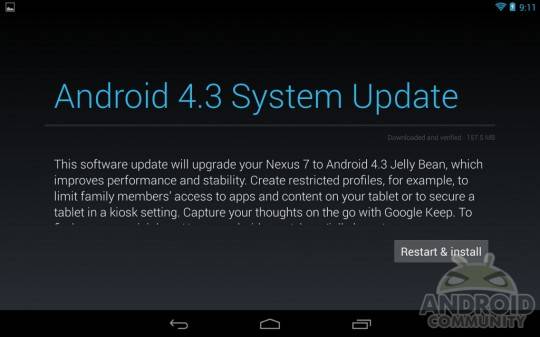 Instead of making a long how to, we’ll just drop the official Android 4.2.2 to 4.3 WiFi Nexus 7 update.zip below, and those interested can grab it. In order to install you’ll need to boot into the stock recovery and flash it via ‘adb sideload’ with the SDK, or of course a custom recovery will have you up and running with the new update in minutes.

For all that’s new with Android 4.3 hit the timeline of news links below, then grab the download file and get started.