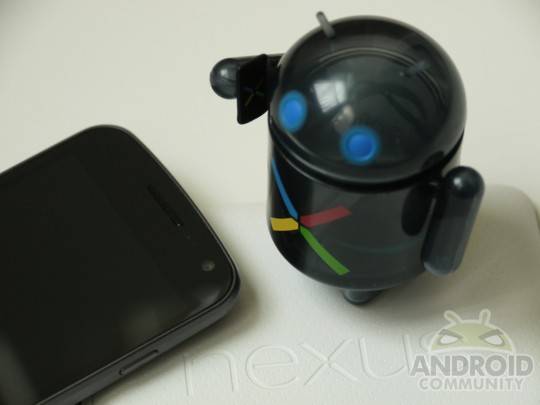 With all these Nexus rumors floating around showing Android 4.1.2 Jelly Bean I’m sure many are excited for the possibilities of this landing on AOSP. Earlier today Google’s head engineer Jean-Baptiste Queru announced that Android 4.1.2 Jelly Bean will be pushed to the Android Open Source Project. Calling it a minor update with fixes and improvements. More details below.

It’s interesting to see them announce this today after all these rumors as of late showing the same number. The build number is JZO54K and it’s only a minor update sadly. This leads us to believe the next Nexus will indeed launch with Android 4.2 on board. Here’s what JBQ had to say in a private message to developers:

As a note to maintainers of community builds running on Nexus 7:
please update to 4.1.2 at the first opportunity. Future variants of
the grouper hardware will have a minor change in one of the components
(the power management chip) that will not be compatible with 4.1.1.

It looks like a large part of this is regarding a small hardware change in the Google Nexus 7 tablet — which won’t effect any users so it shouldn’t alarm any readers. If his statement is correct we’ll only see a few very minor tweaks, improvements, bug fixes, and whatever was changed for the Nexus 7 (and Tegra 3) power management chip.

Between this announcement, and all these LG Nexus leaks showing Android 4.1.2 Jelly Bean on board things are starting to look quite solid. Hopefully the next big announcement is of the upcoming Nexus. One can only hope right? We can expect to see OTA updates for the Nexus 7 and Galaxy Nexus coming soon — stay tuned for a full changelog.