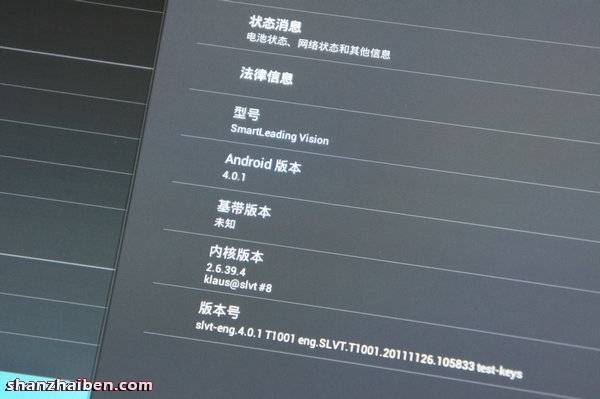 You know the wave of Froyo and Gingerbread tablets that have been coming out of China for the last couple of years? You know the complete lack of Honeycomb tablets in the interim since the Motorola XOOM launched? That’s because Honeycomb hadn’t been open-sourced, so non-Google-sanctioned tablet makers had to make do with earlier versions. But now that the source code for Ice Cream Sandwich has been made available to one and all, cheap tablets running Android 4.0 will be coming in a torrent out of the east. GizChina has a look at the very first one.

The unbranded tablet has a surprisingly solid specification sheet: a Tegra 2 SOC with a full gigabyte of RAM, 16GB of storage and front and rear cameras on a 10-inch frame. It’s very similar to what you’d get for any entry level tablet from Samsung or Asus. The hardware itself definitely looks a little slapdash, but that’s to be expected – the unit on display is pre-production, and won’t be available for some time. Predictably there’s no word on price or release date, but expect this device and many more to show up in some of the low-rent districts of CES. This device and other are probably running on the Rockchip architecture,which has already received an early version of AOSP Ice Cream Sandwich. 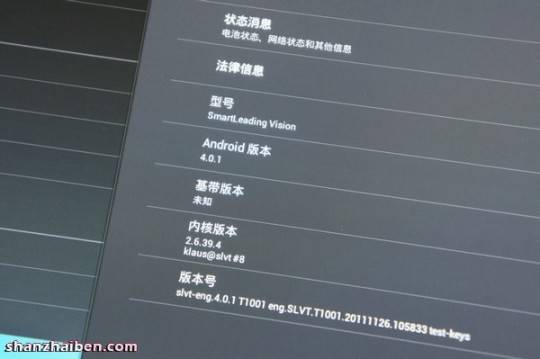 We’ll be seeing many, many more ICS tablets in the coming months, and not just from relatively no-name manufacturers. Mid-range hardware makers like Vizio and Barnes & Noble have the same access to ICS’ source code as everyone else, so you an expect either new versions or upgrades for current units. These will likely do without the Android Market and other Google apps, much as previous 2.2/2.3 tablets do. By Black Friday 2012, you’ll probably be able to pick up an Ice Cream Sandwich tablet for less than a C-note…if you dare.