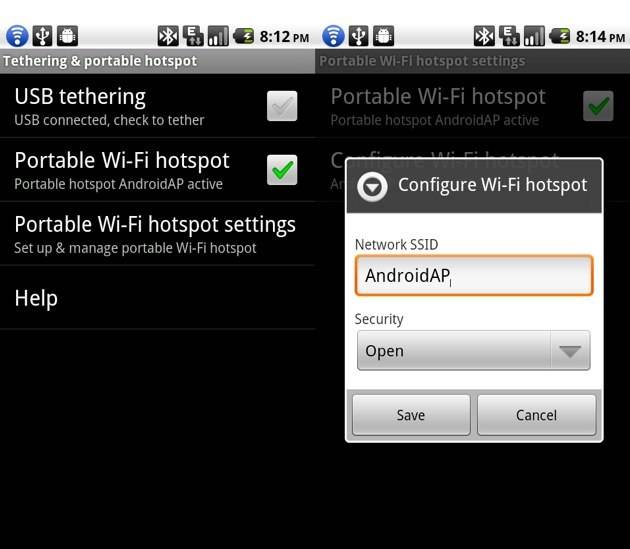 One of the most asked-for features – and commonest reasons for rooting an Android device and installing a custom ROM – is tethering support, and it looks like Google are including that in Android 2.2 Froyo.  According to TechCrunch, the upcoming version of Android will have integrated USB and WiFi tethering, allowing you to share your phone’s data connection either via a wired link to your laptop or by turning the smartphone into a MiFi-style mobile router.

It’s unknown whether carriers will be able to selectively deactivate the functionality, but we expect they’ll be looking to add a little extra to your monthly data plan in order to cover tethering.  Still, this is brilliant news if you don’t want to pay for a separate 3G contract for every mobile device you have – say, tethering a tablet (like an iPad; I know, blasphemy!) or netbook while you’re on the move.

We’ve already heard that Froyo runs significantly faster than previous Android builds; this tethering leak is the cherry on the frozen yoghurt.  Android 2.2 is expected to arrive at – or in time for – Google I/O next week, and Android Community will be there to bring you all the news.