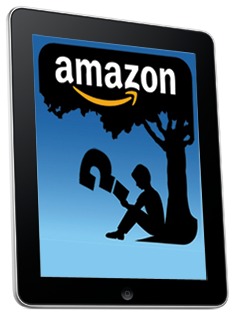 With the launch of the Amazon Appstore for Android, rumors are beginning to mount to the book seller may be developing their own tablet. And the rumor is being pushed by consumer product analysts, not just bloggers connecting the dots. Both Forrester and Business insiders believe that with Amazon’s one-click service and vast distribution capability, it could build on what they’ve learned with the Kindle and evolve to a tablet design. And considering that they could eliminate the middle man, Amazon could offer a solid Android tablet for less.

“Amazon could create a compelling Android- or Linux-based tablet offering easy access to Amazon’s storefront (including its forthcoming Android app store) and unique Amazon features like one-click purchasing, Amazon Prime service, and its recommendations engine,” wrote Forrester analyst Sarah Rotman Epps. She noted that Amazon could sell a tablet “at or below cost and [make] up for it by selling content, as it does with the Kindle.”

So what’s holding them back? Well, it could be that Amazon doesn’t want to kill the Kindle, their low cost eBook reader which enjoyed brisk sales last holiday season. But there’s also speculation that Amazon is waiting for a breakthrough in a color reflective screen technology and that Qualcomm has invested a 2 billion to prep displays for a “major client.” Could that be Amazon? Will Amazon evolve the Kindle into an eBook reader with an Android heart?

There’s been job listings reported from Amazon a few months ago looking for Android developers for their Kindle division. Even the New York Times has picked up on the rumor mill and reported that new hardware development is underway. Is the Kindle about to undergo an evolution to Android? And when you consider that Barnes and Noble has enjoyed an uptick of sales on it’s NOOKcolor Android eBook reader that users have been able to root and turn into a full fledged tablet, perhaps Amazon is seeing the potential. Only time will tell if the rumor turns into fact. But all the dots are there, waiting for the book seller to connect them.