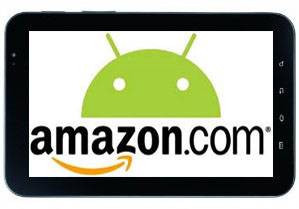 When Amazon decided to get into the eReader market the etailer set the market on fire and it’s Kindle sparked the eReader market that had been stagnant for years. Amazon is hoping it can do that again with some long rumored Android tablets that are in the works according to sources. At this point, we have few hard facts about the tablets. Rumors claim that the Amazon Android tablets will land in time for the holiday season this year.

Another new rumor has cropped up today from sources cited by DigiTimes. According to this new rumor, Amazon has picked Foxconn to build its coming 10.1-inch tablet. The sources claim the tablets aren’t set to start shipping until 2012. That could mean the tablets might miss the holiday season we have heard the tablets would be available for in the past. The same source claims that another hardware company has been chosen for another tablet from Amazon.

A 7-inch screen tablet is reportedly being constructed at Quanta Computer. Foxconn and Quanta Computer have neither offered official comment on the rumors, as is expected. It’s worth noting that Foxconn is building the Kindle so it would make sense that the firm would land tablet orders too. DigiTimes reports that Foxconn is expected to produce 12 million Kindles, 38-40 million iPads, and 80-85 million iPhones per year. That is certainly a lot of construction.