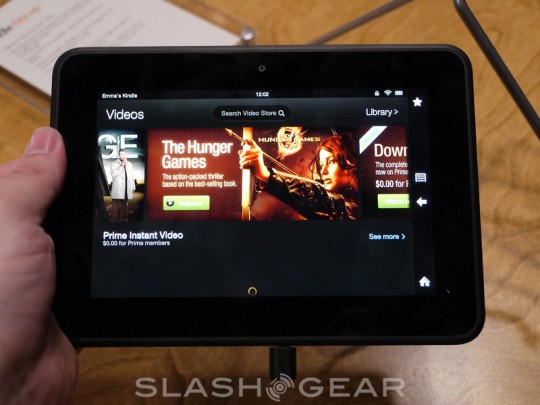 Amazon CEO Jeff Bezos confirmed that the Kindle nets zero profit for Amazon. Rather, they sell them at cost with the hopes of making up for it with sales of ebooks, videos, and music downloads, according to the BBC. For a while, rumors have circulated that Amazon might actually be selling Kindle and Kindle Fire’s at loss. As it turns out, they are not that discounted, but in business, breaking even is not generally the goal either.

Amazon’s pricing structure, especially with ereaders, has put tremendous pressure on its competitors. Even in Android, we are seeing an influx of affordable 7-inch tablets designed to compete with the popularity of Amazon’s devices. To help facilite lower prices even further, Amazon includes ads on a screen called “special offers” that entice users to buy more content.

“We sell the hardware at our cost, so it is break-even on the hardware,” the chief executive said. “We want to make money when people use our devices, not when people buy our devices.” This approach seems to be working, as the Amazon CEO claims that people who own a Kindle buy lots of media, and that they tend to read four times as much as people without one. He did not specify if this was just for Kindle readers or if it includes Kindle Fire owners, as they seem like a slightly different demographic.

Amazon just launched its latest tablet and ereaders recently, and it appears as though they are sticking to pricing guns. They did cave and decided to let users spend an extra $15 to get rid of its special offers. If what CEO Jeff Bezos said is true, that extra charge should see them turning a profit on each Kindle fire sold without special offers, albeit a very small one.