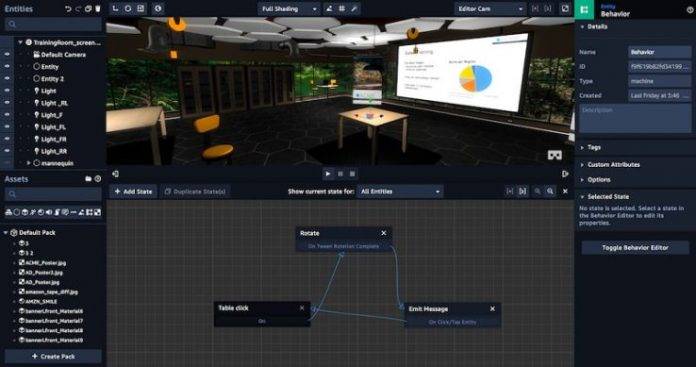 Since virtual reality (VR) and augmented reality (AR) are well and truly on the rise, it would help if more services cater to VR and AR content developers. That’s exactly what Amazon Web Services had in mind when launching the new Amazon Sumerian service during its Midnight Madness kick-off event yesterday.

Amazon Sumerian, at its very core, provides a simple way to build and host AR and VR apps. Sumerian is browser-based, and it will run on any browser that supports WebGL or WebVR graphics rendering. Sumerian’s editor allows developers to drag-and-drop real life 3D objects and characters into “scenes” (e.g. rooms, office environments, and landscapes).

And as with a lot of other AWS offerings, the service is “free to use” and you only pay for storing what you create on Amazon’s servers. What developers create on Sumerian is thankfully supported by Google’s Daydream VR portal, and ARCore, the augmented reality engine recently introduced in Android.

“Customers across industries see the potential of VR and AR technologies for a wide range of uses, from educating and training employees to creating new customer experiences,” said Marco Argenti, Vice President, Technology, AWS, in a statement. “But, customers are daunted and overwhelmed by the up-front investment in specialized skills and tools required to even get started building a VR or AR application. With Amazon Sumerian, it is now possible for any developer to create a realistic, interactive VR or AR application in a few hours.”