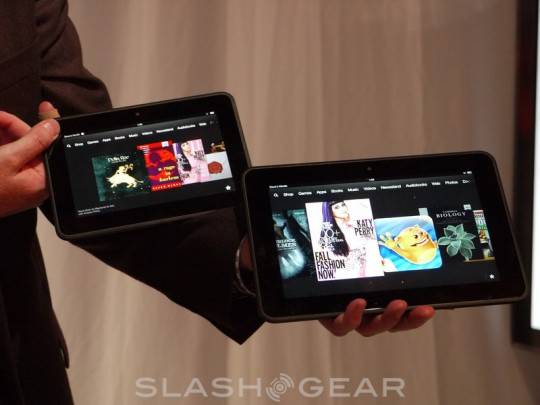 There have been rumors circulating the internet this morning about a potential $99 Amazon Kindle Fire. While that would have been an amazing feat for Amazon to pull off, unfortunately those rumors have been debunked. Amazon has even stated in the past that it does not generate any profit when it sells a Kindle Fire tablet, so it’s highly unlikely that the company would be able to sell the tablet at half the price (yet).

The rumors of the $99 Kindle Fire stated that Amazon was planning on sticking a low-end Texas Instrument processor inside of the tablet, and that the tablet would have a 1280×800 resolution display. The specs resemble that of the current Kindle Fire 7 (non-HD). The rumors seemed feasible because Amazon slashed the price of its Kindle Fire HD 8.9 tablets, which is usually an indicator of a new device coming out.

There were also speculations that Amazon could just slash the price of its current non-HD Kindle Fire, and sell it at a loss. Like Amazon stated, it doesn’t generate any profit from the tablets themselves. Amazon breaks even from just selling the tablets, however they do generate a lot of revenue because Kindle Fire users tend to purchase a lot of digital media through Amazon’s store.

So far, the only $99 tablets on the market are those low-end, terrible tablets created by no-name brands. We most likely won’t be seeing a decent $99 tablet anytime soon, but if anyone could pull it off, it’d either be Amazon or Google. The Android tablet market share would skyrocket, and there would be a lot more people utilizing Amazon’s new “Send to Kindle” button.