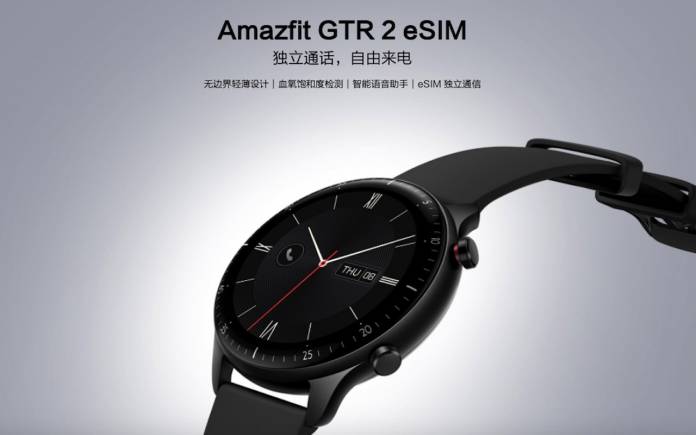 The Amazfit GTR 2 LTE is basically an upgraded Amazfit GTR 2. The smartwatch comes with a borderless thin and light design. It features Spo2 detection and a smart voice assistant.

The wearable device is also known as the Amazfit GTR 2 eSIM version in China. It’s listed with a ¥1999 price tag. The device can allow you to make calls straight from the smartwatch.

It also lets you text on the go that you don’t need to bring your phone with you when going out. It offers all round health tracking and different workout modes. The smartwatch also allows you to store songs and play music anywhere. You can also choose from dozen watch faces and matching Always-On display.