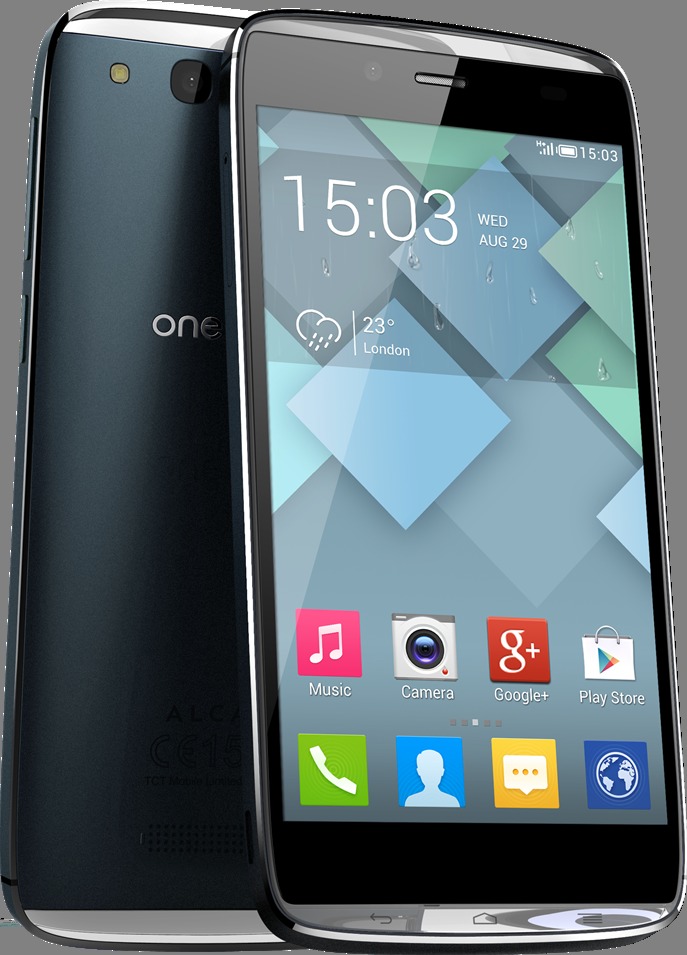 Following of trio of devices announced as of late, the folks from Alcatel have just confirmed a new device for the One Touch Idol family here at IFA in Berlin. The new One Touch Idol Alpha is their brand new flagship 4.7-inch device, which is showcasing their new design direction with sleek curves and aluminum designs. We have all the details below.

The One Touch Idol X was announced back at Mobile World Congress, and late last month they quietly unveiled the Idol S and Idol Mini, so the new Alpha is the latest in their 4 phone attack. The screen isn’t as big as the X, but here’s what we know so far.

The Alcatel One Touch Idol Alpha (name is too long) is a pretty impressive phone with a 4.7-inch edge-to-edge 720p HD display, and the entire device is wrapped in a new stylish aluminum frame coming in at just 7.5mm thick. They’ve added a 1.2 GHz quad-core processor and 2GB of RAM, but no details on exactly what CPU, most likely a MediaTek.

One of the most interesting aspects of the phone aside from the new aluminum design is the translucent edges. Both the top and bottom are assumed to be plastic, but protected by that aluminum frame. The top and bottom are completely see through and will illuminate for charging, while taking video, notifications, and more. This is a notification LED taken to a completely new level. I love the Nexus 4 notification LED, but this might be a bit much.

The Alpha will come with Android 4.2 Jelly Bean and is expected to arrive in Q4 and be priced in the high-end range. We’ll report back with more details and hands-on shortly.