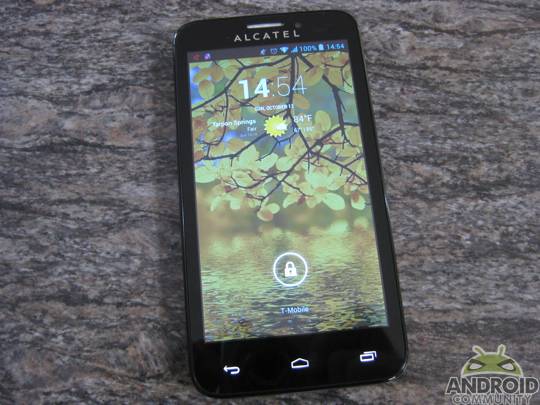 The Alcatel ONE TOUCH Fierce and Evolve launched with T-Mobile back in October, and as of today, this pair of handsets has arrived with another US carrier. This latest is MetroPCS and they will have both models priced below what we saw with T-Mobile. Perhaps more important for some, they will both be available contract free and ready for use with the MetroPCS plans which begin at $40 per month.

According to details coming from MetroPCS, the ONE TOUCH Fierce will be $99 and the ONE TOUCH Evolve will be $59. That $40 per month plan includes unlimited talk, text and data with the first 500MB of that data being at high-speed. Additionally, the high-speed data allowance can be upped to 2.5GB or Unlimited for $50 or $60 per month.

As far as the phones go, the specs on the Fierce include a 4.5-inch qHD (960 x 540) display, quad-core 1.2GHz processor, 1GB of RAM, 4GB of internal storage (2.4GB available for the user), a microSD card slot, 1800 mAh battery, VGA front-facing camera and 5 megapixel rear-facing camera. The Fierce will arrive running Android 4.2.2 Jelly Bean while the Evolve will be running Android 4.1 Jelly Bean.

Continuing with the specs for the Evolve and users will also find a 4-inch (800 x 480) display and 1GHz processor. Other highlights for the Evolve include 4GB of storage (1.4GB available for the user), a microSD card slot, 1400 mAh battery, VGA front-facing camera and 5 megapixel rear-facing camera. While neither handset is what we would consider high-end at the moment, they should have some appeal for those shopping on a budget.

Otherwise, while there is likely going to be some differences in terms of pre-installed apps, we did review the T-Mobile version of the ONE TOUCH Fierce back in October. Overall we were pleased with the phone in day-to-day use and that full review can be found by hitting the links in the Story Timeline sitting below.