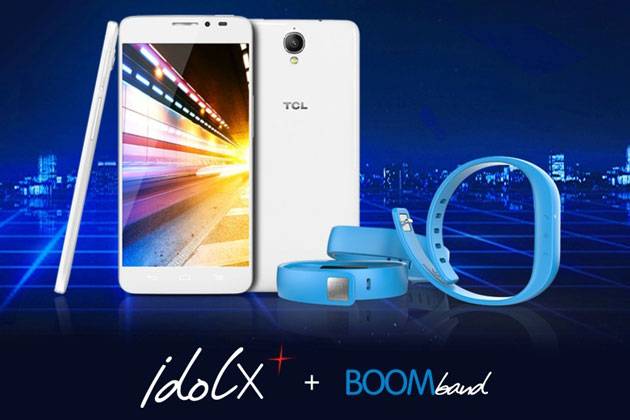 We had seen the leaks, and more recently, it looks like Alcatel has officially announced the Idol X+. As the name would suggest, this is a follow-up to the Idol X. The handset has a 5-inch display and octa-core processor from MediaTek. And interestingly, Alcatel announced the handset along with the BOOMband activity tracker.

First things first, that 5-inch display is 1080p and the processor is an MT6592 which clocks in at 2GHz. Other details for the Idol X+ include a 2500 mAh battery along with 2GB of RAM and a 13 megapixel f/2.0 rear-facing camera. The handset measures in at 7.9mm thick and has a bezel of 1.9mm sitting around the display.

The BOOMband is a Bluetooth wristband that not only tracks your activity, but also helps to keep you from leaving your phone somewhere. The band serves as a proximity sensor and will sound an alarm should you stray away from the phone. Alcatel has a companion app on the phone, which should make it easier to view your activity stats. They also have the BOOMband available in a variety of colors.

All that having been said, for now it looks like the Alcatel Idol X+ (and the BOOMband) will be available only for those in China. Alcatel has said the handset will be available for sale beginning on January 15th. The price will be CNY1,999, which translates to roughly $330 in terms of US dollars.