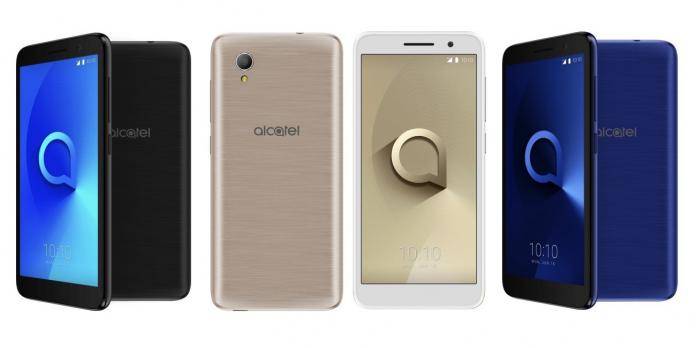 Alcatel has always been one of the many gadget manufacturers that are prolific when it comes to rolling out new Android phones. During the first half 2018, we’ve seen a few devices already including the Alcatel 5 with 18:9 display, Alcatel 3V, Alcatel 1T, and the Alcatel 1X as the first Android Go phone to be released in the United States. The phone was introduced together with the 3V but the Alcatel 1X can be popular on its own for several reasons.

The Alcatel 1X arrived in the country as the first Android Go phone less than a month ago. Just in time for summer, this new Alcatel device is already getting another variant: the Alcatel 1. It’s similar in some ways but it also differs in many ways. Both phones are now Android Go phones so that makes it two Android Go offers from Alcatel.

The 13MP rear camera (or 8MP) comes with LED flash and autofocus while the 5MP selfie shooter features Social Mode, LED flash, and fixed focus. Camera tech may not be as impressive but good enough for an affordable Android Oreo Go Edition device with a sub $100 price. The phone also offers a useful One-Handed Mode and a fingerprint sensor for added security.

The Alcatel 1X also offers Google Assistant support (Go Edition) so you can start asking questions and voice out commands to Google.

Only a few weeks after the official announcement, the Alcatel 1 is introduced as a new Android Go phone. We’re not sure if and when it will be out in the US but this phone surfaced in Russia, looking more like the Alcatel 1X. It runs the same Android Oreo Go edition (Android 8.0) on low-end specs. We’re assuming this one will also be very affordable–around $100. We heard it could even be cheaper than the Alcatel 1X.

The Alcatel 1X and Alcatel 1 look similar but they differ in some ways. Specs of the new Alcatel 1 are lower: smaller screen, lower battery capacity, lower cameras, and smaller onboard storage. Both phones run on the same Mediatek MT6739 processor. When it comes to imaging, Alcatel 1’s cameras are less powerful. It doesn’t even have auto-focus.

The 8GB built-in storage is also smaller but good thing there’s a microSD card slot. You can choose either the dual- and single-SIM variant. Color options include Black, Blue, and Gold.