Alcatel recently introduced the Alcatel 3V as a new bezel-less smartphone in the US. When we first heard about it, we learned it would be ready with the Alcatel 1X. The latter has just been announced in the country and we’ve got more details about the Android 8.0 (Oreo Go Edition)-powered device. At this point, allow us to entice you with the fact that the phone costs only $99.99 on Amazon. For such price, the 1X already offers an 18:9 full view display, hi-res selfie and main cameras, reliable fingerprint sensor, and a long battery life.

The Alcatel 1X looks like a premium Android phone. Just by looking at it, you won’t think it’s a budget phone. The brand is definitely known for such–affordability and design. With the low price, the Alcatel 1X makes it as the first ever phone under $100 in the United States to use 18:9. The Oreo Go phone is just perfect for anyone shopping for a new budget phone that’s as powerful and stylish.

The ultra-affordable smartphone is available in the American market, ready to beat a bunch of other smartphones mainly from Chinese OEMs also sold over on Amazon. Alcatel 1X runs on Android Oreo Go which means it features the very basic Google apps from Gmail Go to Google Maps Go, Google Go, and Facebook Lite among others. There are other apps you can download from the Play Store and use.

The idea of Android Go is to deliver a “powerful software experience to devices with 1GB of RAM or less” according to Android’s Director of Product Sagar Kamdar. He also shared his team’s excitement “to see Alcatel further that mission by launching the Alcatel 1X in the United States.”

The phone comes equipped with a 5.3-inch screen with FWVGA 18:9 but with only 480×960 pixel resolution. It runs on 1GB RAM, 1.28GHz Quad-Core MT6739 processor, microSD card slot for memory expansion, 16GB onboard storage, 2460 mAh battery, and some standard sensors (Light, Proximity, Accelerometer, and G sensor), and GPS. When it comes to imaging, there’s the 8MP rear camera with autofocus and LED flash and the 5MP selfie camera with fixed focus and also with LED flash are good enough.

The Alcatel 1X already offers support for Google Assistant (Go Edition). With just your voice, you can start asking for answers to questions, search for more information, start streaming music and videos, make calls, and send messages. You can also set tasks, alarms, and manages different services integrated with the Google Assistant. 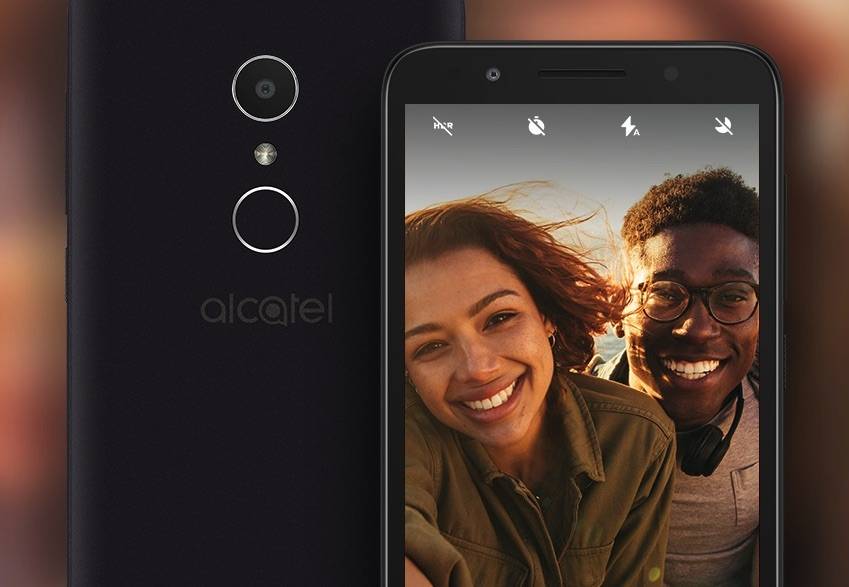 Alcatel 1X looks premium and stylish in dark grey with its slim frame and suede finish. It will be ready unlocked which means you can use it with any GSM network in the US. Amazon will start selling the phone next week. It’s not exlusive to Amazon as it will also be sold on Walmart.com and Best Buy.