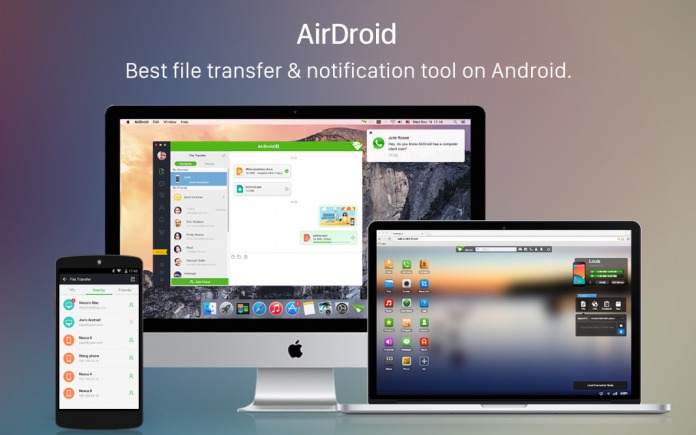 A few days back, security outfit Zimperium released its findings on how a malicious hacker could possibly execute and attack on devices connected via the popular remote management tool AirDroid. Zimperium said that it had no choice but to make public its findings, because they have reached out to AirDroid multiple times but they haven’t updated the app’s security yet. That day has finally arrived it seems.

AirDroid, in a response to Zimperium, said that it was working hard to roll out an update to make sure that hackers won’t be able to use the AirDroid app connection to execute malicious attacks. It was found that a hacker could possibly do a “man-in-the-middle” attack and possibly gain access to remote execution on the Android device. Today, AirDroid announced that the update to the app was fully rolled out.

AirDroid updated major security vulnerabilities in the app – firstly, the “upgraded the communication channels to https”. Second, they “improved the encryption mechanism,” plus they pretty much enhanced the security on the app across the board.