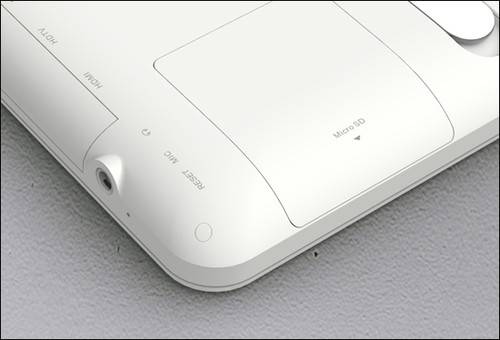 Having taunted us with specifications for its upcoming Android 3.0 Honeycomb tablet, Ainol has now turned to photos to build pre-launch hype. The trio of shots show a reasonably chunky, though also nicely distinctive slate, which is said to have WiFi and 3G along with a 1280 x 800 IPS capacitive touchscreen display and SoChip Cortex-A9 processor.

Ports include HDMI and a microSD card slot, along with a headphones jack, and there’s at least a front-facing camera for video calls. We can also make out a kick-stand, useful for standing the tablet up for video playback; given Ainol is better known for its PMPs, it’s not too surprising that they saw fit to add that in.

Curiously, despite Honeycomb having on-screen controls, the Ainol tablet has physical keys for home, menu, back and search. Still no word on when exactly we can expect to see the unnamed slate hit shelves.